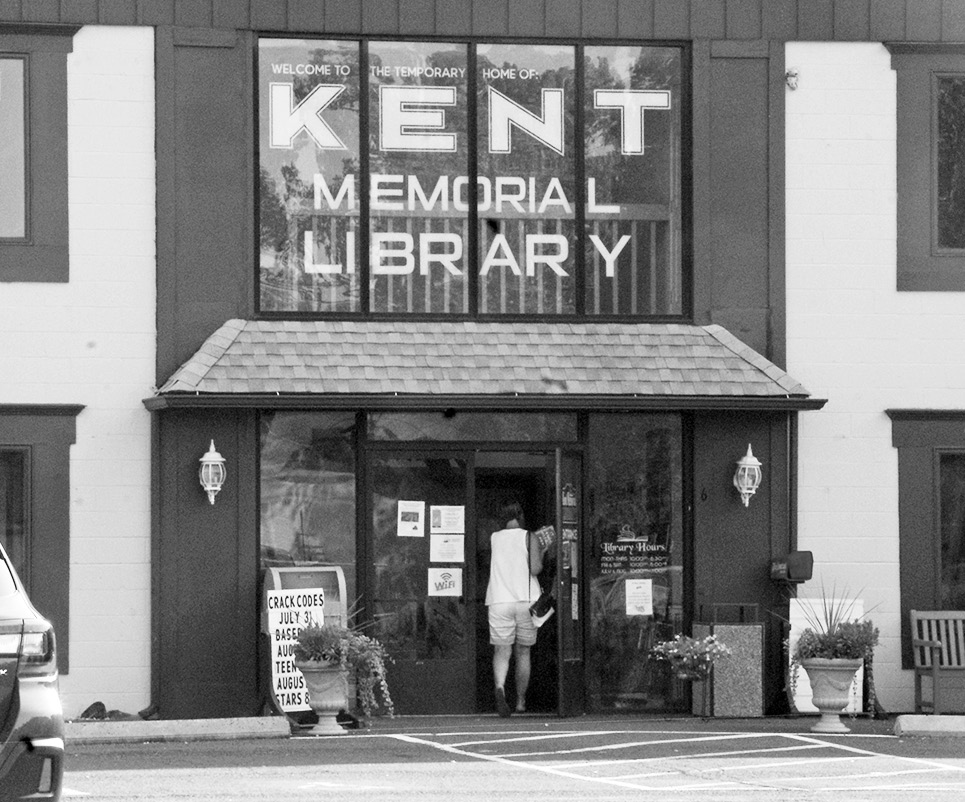 A patron holds a bunch of books high as she enters Suffield’s temporary library on Ffyler Place. Aficionados have been impressed at how the staff has provided such an active, though limited, program in the limited space, but they all want to return to the “big house.”

Two months ago it seemed that signing the PCB abatement contract was imminent, but at the Observer’s current mid-month deadline, the contract had been signed only by AAIS, the contractor. It was soon signed for the Town. Facilities Director Julie Oakes explained that the delay had nothing to do with contract problems – both parties were ready – but the Public Works Department had just been too busy with other matters, like concepts for a new Town Hall and putting a new roof on Spaulding School. Start of work now awaits EPA approval of a work plan to be written by AAIS.

In the meantime, problems with the new HVAC equipment have been repaired and the system has been subjected to extensive testing, including repetitive cycles of reversing valve operation, all under the watchful eye of a separate contractor functioning as a commissioning agent. New Facilities Manager Chris Matejec commented that he had been working with a lighting contractor to choose LED lights for the library ceiling, to be installed when the scraping and recoating for the abatement is complete.

When Permanent Building Committee Chairman Joe Sangiovanni responded to the Rotary Club on June 26 after being named one of Rotary’s Paul Harris Fellows, he commented on the library project, warning that the building might open with the auditorium and historical room modifications incomplete. But – LATE NEWS – In the August 22 meeting of the Board of Selectmen, First Selectman Melissa Mack announced that abatement work would start on August 23, and she expected that all the work in the library, including the auditorium and the historical room, would likely be complete by the end of the year.

Next Article
Suffield Farmers Market Continues
The Market will carry on every Saturday 9 a.m. until noon through…