The LaRochelle family took the Observer to the south rim of the Grand Canyon this summer. From the left: Anna, Lee, Rosie, Tatum, Cedric, and Andre. Please don’t step back! 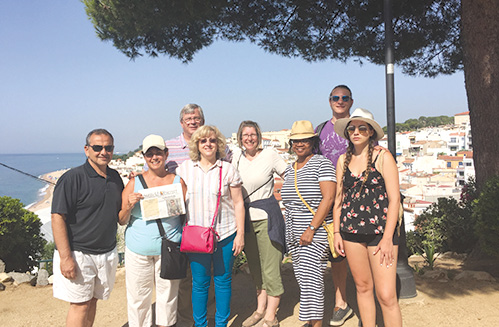 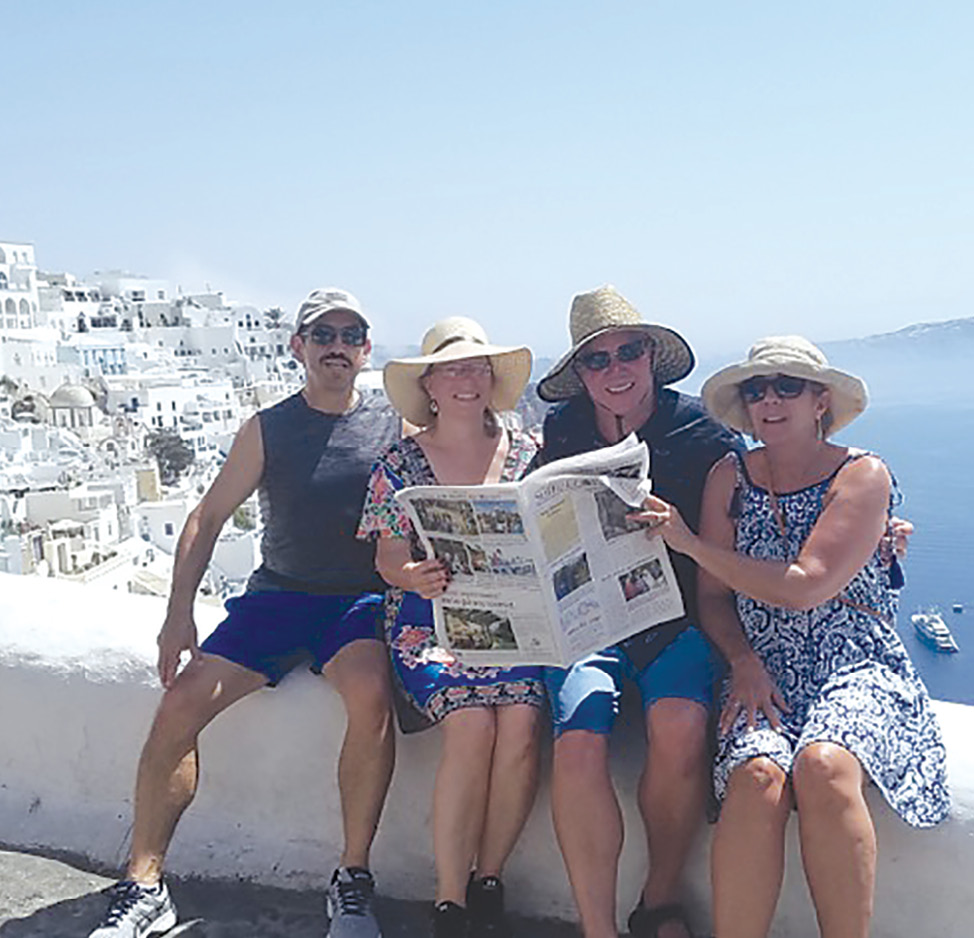 Sitting with the Observer on a railing high above that famous view of Santorini, in Greece, are George and Chris Messmer and Rick and Tracy Crosby. They were on a seven day cruise out of Venice. (Note the ship down on the Aegean Sea, far below.)

Ralph Garside, Kevin and Justin Seger took the Observer along when they helicoptered in the Alaskan glaciers of Denali, formerly Mt. McKinley, the highest mountain in North America. 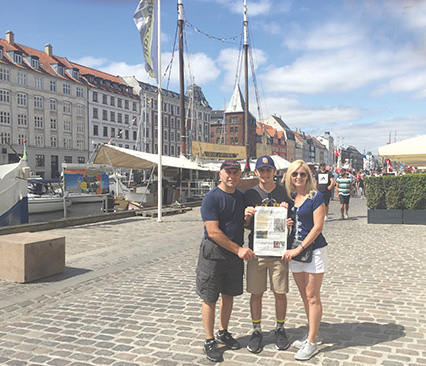 The DeCosmo family stops with the Observer for a picture in Nyhavn, Copenhagen. The newspaper has been in Denmark before, but enjoyed this visit to Copenhagen’s 17th Century canal waterfront.