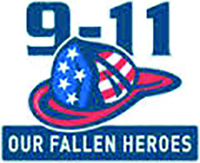 A parade and ceremony will be held on Saturday, September 10, to remember those who lost their lives during the September 11, 2001 attacks.

The parade comprised of Emergency Service Personnel will step off at 9 a.m. from the Suffield Middle School and will march up Mountain Road to Main Street to the Veterans’ Memorial.

A brief program will take place at Veterans’ Memorial immediately following the parade. The master of ceremonies will be Justin Donnelly. Music will be performed by Joseph Migliore and the Suffield High School band. Reverend Scott Seabury will serve as Chaplain of the Day.

In case of rain, the parade will be canceled, and the ceremony will move to the Suffield High School auditorium at 1060 Sheldon Street at 9 a.m.