I’m ignorant. I am “unaware of, oblivious to, ill-informed about, unenlightened about, and/or naive about” the facts that inform the decision-making of at least 70 million Americans. I realized this during our November election. It would be easy to tell myself that everyone who did not vote the way that I voted was wrong, but that’s not true. The fact is about half the country does not agree with me, and they have their reasons.

My ignorance is my own fault. It’s so easy to become a lazy news consumer. Watch the TV channels that you like and hear stories you agree with. I suppose I should not have been surprised back in December to discover that my go-to source for TV news is considered “hyper-partisan liberal” – just about the same distance to the left of “mainstream” as Fox News is on the right or “hyper-partisan conservative” side.

We’re hearing a lot now about fake news – news stories that contain facts, but not necessarily all the facts. I was a debater in high school, so I know how that works. Research facts that support your argument, organize them into a coherent presentation, and prepare to refute any facts that support your opponent’s argument. If your argument is the most compelling, or the most entertaining, you win.

Real news is not quick or easy. Pick a couple of trusted sources, and invest some time in understanding the content they deliver. The Big-3 TV networks broadcast about 20 minutes of nightly news, but the stories are short, and important things, particularly international stories, do not always make the cut. Better to take time to watch the PBS NewsHour or even BBC World News whenever possible. It may seem slow-moving by comparison, but the different perspectives are valuable.

It’s the same story with social media. Facebook news feeds are full of posts from pages that you “like.” It is important to make an effort to read and research some of the posts you don’t like. It may not change our minds very often, but at least we will learn more about what other people are thinking and why!

Look at the image below to find out where your reading habits fall! 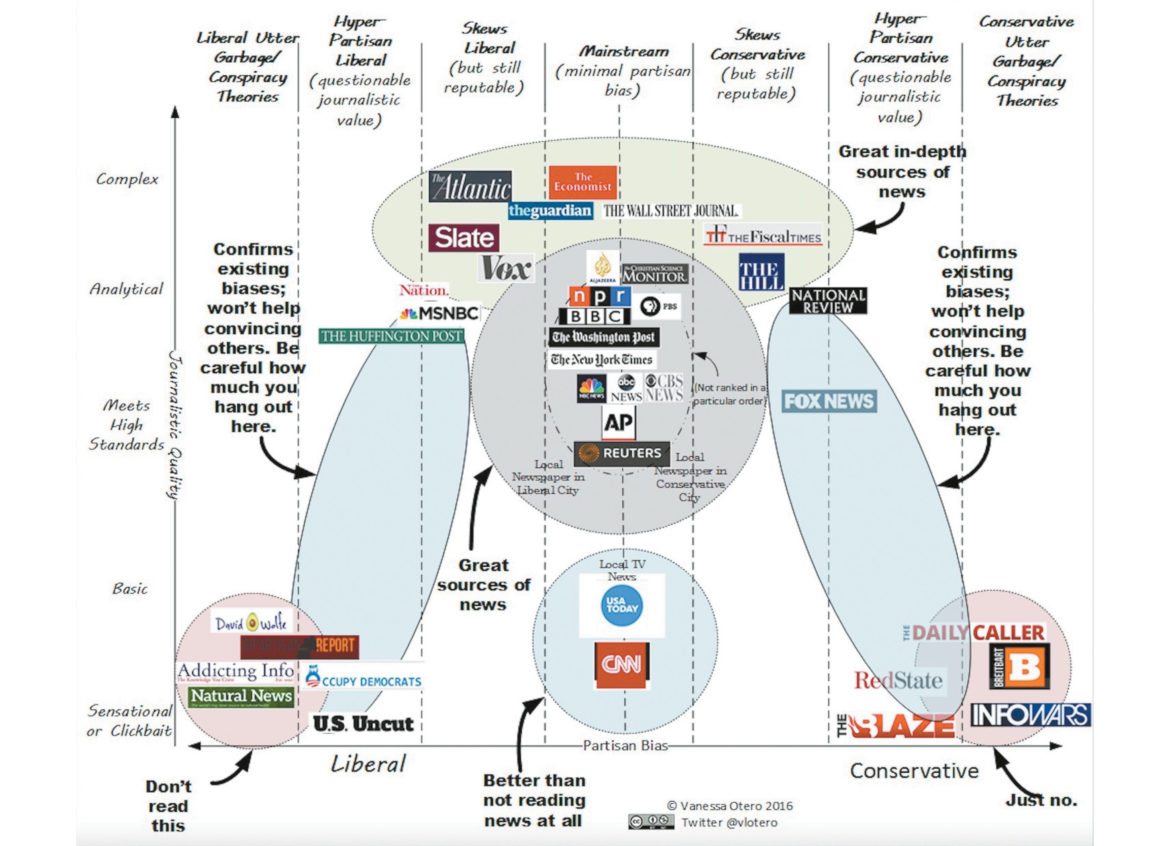 Next Article
Budgets, Taxes and Gambling
By now, most people have heard that this will be an especially…