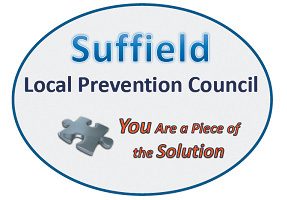 Editor’s Note: The Suffield Local Prevention Council has submitted this article to make residents aware of the drug problem facing all cities and towns.

“Of all the words writ by pen; the saddest are ‘what might have been.’”(With apologies to Burns and Whittier)

It is unnatural for a parent to bury a child. There is no greater tragedy for a father than the death of his child.

Since the death of my daughter, Elisabeth, the truth of these aphorisms rings constantly in my mind. Even 11 years after her death from heroin addiction, she is in my thoughts every day.

All new parents are filled with hope, love, and the desire for nothing but the best for their newborn child. Me too!!

Elisabeth grew into a lovely child, bright with the promise of beauty and intelligence. On the eve of Elisabeth’s third birthday, her mother fell into a deep depression from which she never emerged. Elisabeth spent the rest of her life searching for that mother, lost.

Apart from that, Elisabeth had a comfortable suburban childhood and did quite well in school.

Elisabeth began her teenage rebellion on schedule and was quite a handful. She continued to do well in high school and had multiple acceptances to college. Elisabeth chose to go to college in Southern California. Halfway through her sophomore year, Elisabeth’s academic grades fell off a cliff and she began to drift.

I had noticed signs of trouble before this, but had conveniently chosen to ignore them.

The previous summer, Elisabeth had been in an automobile accident on Nantucket. The accident was probably caused by substance abuse and she was given Oxycodone for pain at the hospital.

Elisabeth felt that her struggle with addiction began at that time. I believe that she had experimented in high school and had gradually built up her resistance so that she needed more and more to get high.

I, with great reluctance, began to suspect that she had a substance abuse problem. I tried very hard to ignore the evidence until it became overwhelmingly obvious. There is no deception like self-deception.

She was willing to try anything and everything, and she did. But her need for heroin kept gaining on her. Elisabeth finally succumbed and took her own life on New Year’s Eve of 2005. She was halfway through her thirtieth year. A great tragedy.

The physical and emotional toll of heroin addiction on Elisabeth and on her family is too vast to even begin to tally.

This is written for the families of Suffield. My hope is that those young people who read this will learn to make good decisions for themselves despite societal and peer pressure. Please do not experiment with drugs. Please learn to love yourself and your family so much that you will not put them and yourself through that devastation.

My hope is also for the parents who might read this will not ignore the signs and their own suspicions, as I did. Seek help as soon as possible.