Congratulations to Jack Butler and McKenzie Rusczyk who were chosen as the Booster Club Athletes of the Month for February. 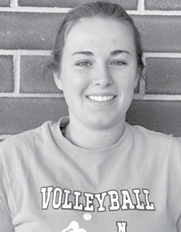 McKenzie Rusczyk is a senior and two-year captain of the girls’ basketball team. She finished her career with 966 points in three seasons as a varsity player. She received All-Conference recognition in 2015-16 and 2016-17. She was All-State in 2017 as a senior. She was also named the NCCC Tournament MVP this season and the 2017 All-Courant Team. McKenzie was the leader of the basketball team that won the NCCC regular season championship, as well as the NCCC Tournament championship, and went into the state tournament ranked #1 in Class M. McKenzie’s guidance counselor states, “McKenzie credits her involvement and success in sports with helping her to grow in self-confidence and become a stronger student as well.” McKenzie is a member of the National Honor Society, as well as a member of our World Language Honor Society. She is also a peer mentor with our Wildcat Advisory Group. McKenzie will attend UCONN in the fall and plans to major in Psychology. 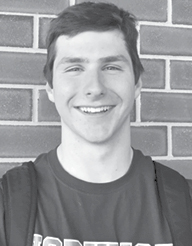 Jack Butler is one of the captains on the Swim Team this year and leads the team by example. He attends every practice and has a way of bringing levity to potential strenuous activities. Jack holds the 50 Free Record, the 100 Breast Record and the 200 Medley Relay Record. He qualified for the State Championships and the State Opens. Jack is a true team player and is respected by his teammates. Jack is an honor student at Suffield High School and in his spare time you may see him working as a lifeguard at Suffield Country Club or working at Home Depot. Jack plans to attend Norwich University in the fall and will major in Criminal Justice. After college, Jack hopes to enlist in the Military.

Congratulations to these two outstanding athletes!