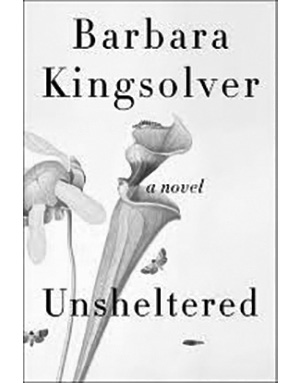 This is the story of two families who live in the same house, but in different centuries. One is in more modern times and the other in the past, and both families are struggling to even begin to make ends meet. The house had been badly built to begin with, and the passage of time has not been kind to its condition. Of course they also have complicated family relationships.

The most modern family consists of Willa, her professor husband, his seriously ill father, an edgy daughter and a son whose wife has just committed suicide. She leaves behind a baby son and the baby’s father cannot deal with his grief and a baby, so baby Dusty joins Willa’s household.

The earlier family consists of Thatcher, a science teacher at a local school, his wife Rose, who is much younger than he is, her mother and Rose’s younger sister. Thatcher’s job is on shaky ground because he would like to introduce Darwin’s theories to his class, and the head of the school is much against that and is always undermining his teachings.

I have to say that introduction to the novel sounds pretty much like a downer, but it is a wonderful story, and Kingsolver is an amazing writer. It is one of those books whose characters you miss when you have come to the end. It is fiction, but Thatcher is based on a real person, as is Darwin. Kingsolver is an environmentalist. I have read most of her books, and one was so preachy my cohort Peggy said it made you want to go out on the highway and throw beer cans out the windows. That was the only one I did not like.

In this novel she makes comments about Dusty or one of the dogs or just something random that makes you laugh and just seems so real. As you can tell, I thoroughly enjoyed it. 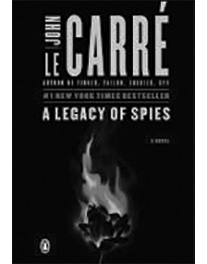 The main character in this novel is Peter Guillam, who had been active in the British Secret Service (or the Circus as it has become known) during the Cold War in the l960s. Now about fifty years later he is living at his family farm in Brittany. (He has dual citizenship since his father was British and his mother French.) One morning he receives a letter from his former Service demanding that he report to London at once. Although he is very reluctant he leaves for England the next morning. It appears that those presently in charge of the Secret Service are very disturbed over something that happened during a covert operation called “Windfall” that was active in the l960s.Now the story moves back to the years that Guillam was in active service. There are several characters now that have appeared in the author’s previous books: Alec Leamus, Jim Prideaux, and, of course George Smiley, whom Guillam greatly admires. Parts of this section of the book are heartbreaking, especially those involving “Tulip”, a German woman who is working secretly for the Service.

One has to read this book carefully because the story is complicated, even when it is very moving. Those who have read LeCarre’s previous books, especially The Spy Who Came In From the Cold and Tinker, Tailor, Soldier, Spy will love this book.