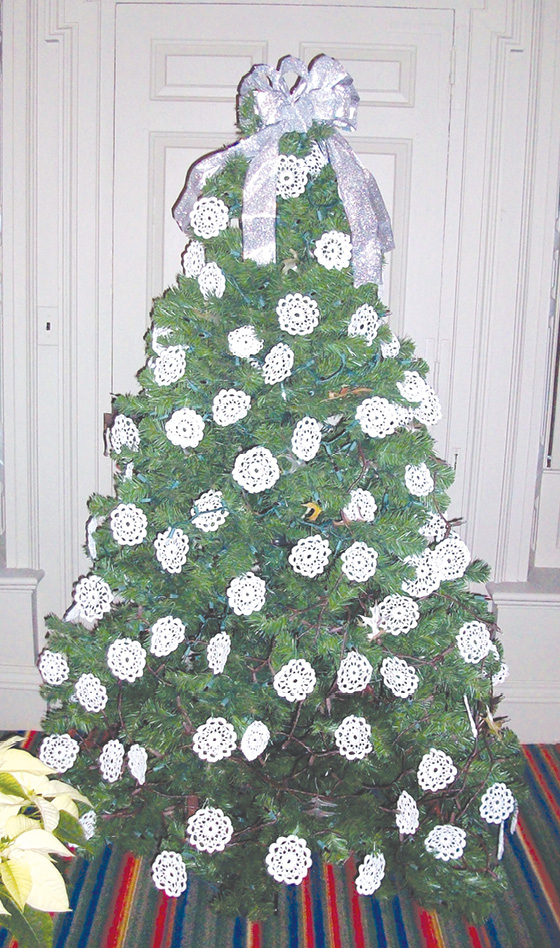 Greetings, friendly reader! May your Christmas season be filled with joy and light!

The first recorded display of a decorated Christmas tree has been traced to Riga, Latvia, in 1510, and the custom proliferated in Germany in the 1600-1700’s, as Protestant elites bedecked their homes and guildhalls with pines and firs garnished with nuts, dates and apples.

Christmas trees grew in popularity in Germany throughout the early 1800s, and German immigrants to the United States brought the yuletide tradition with them to their new homeland. In his book, The Battle for Christmas, Stephen Nissenbaum writes that, in spite of claims that Hessian soldiers fighting for the British during the Revolutionary War erected the first Christmas trees in America, it was the Pennsylvania German community, likely after 1820, who first brought the custom to the United States.

• Every year, 30 to 35 million real Christmas trees are sold in the U.S., most of them cultivated by one of the nation’s 21,000 Christmas tree growers.

• The first eggnog made in the U.S. was consumed at the Jamestown settlement in 1607.

• Poinsettias are named after Joel R. Poinsett, an American minister to Mexico, who brought the plant to America from Mexico in 1828.

• Christmas was declared a United States federal holiday on June 26, 1870.

• The Salvation Army has been collecting Christmas donations on the streets across the U.S. since the 1890s.

• Rudolph the Red-Nosed Reindeer was written in 1939 by copywriter Robert L. May as a marketing piece to attract customers to the Montgomery Ward department store.

• My Christmas tree photo above was lovingly decorated with all hand-crocheted ornaments by SGC member Nancy Pease, and was displayed in Suffield’s Hatheway House in 2012.

Peace and wellness, my friends!