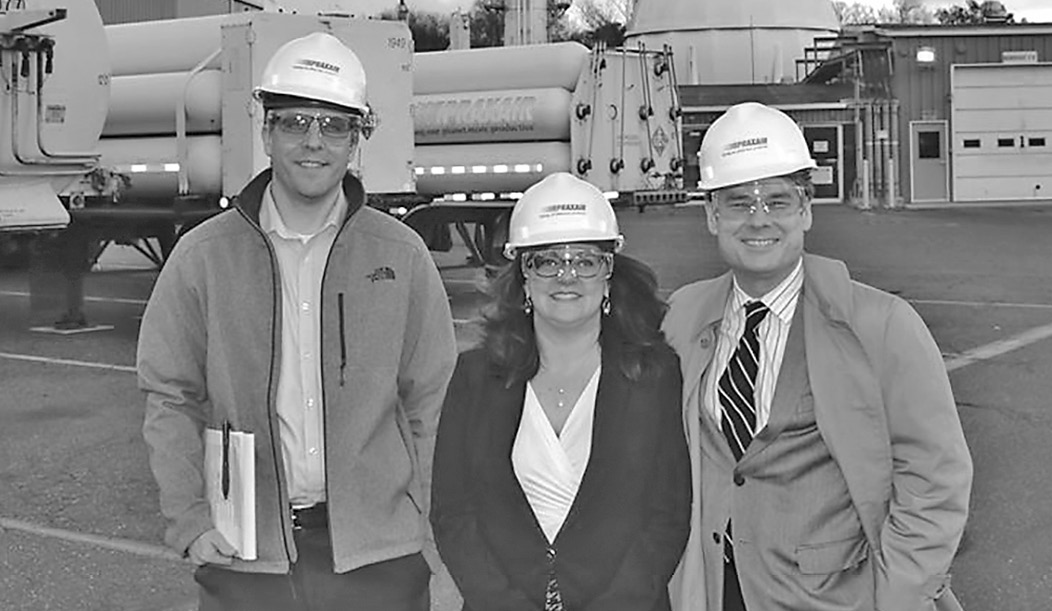 Praxair, formerly known as Union Carbide, is a global company headquartered in Danbury. Their Suffield facility, opened in 1966, operates 24-7, producing three cryogenic liquids: nitrogen, oxygen & argon. The facility has many clients across the northeast, serving many markets including aerospace, with such clients as Pratt & Whitney and other divisions of UTC.

A Suffield delegation recently visited Praxair as part of an ongoing initiative by the Town to visit businesses, learn about them and examine how the Town can best serve the business community.