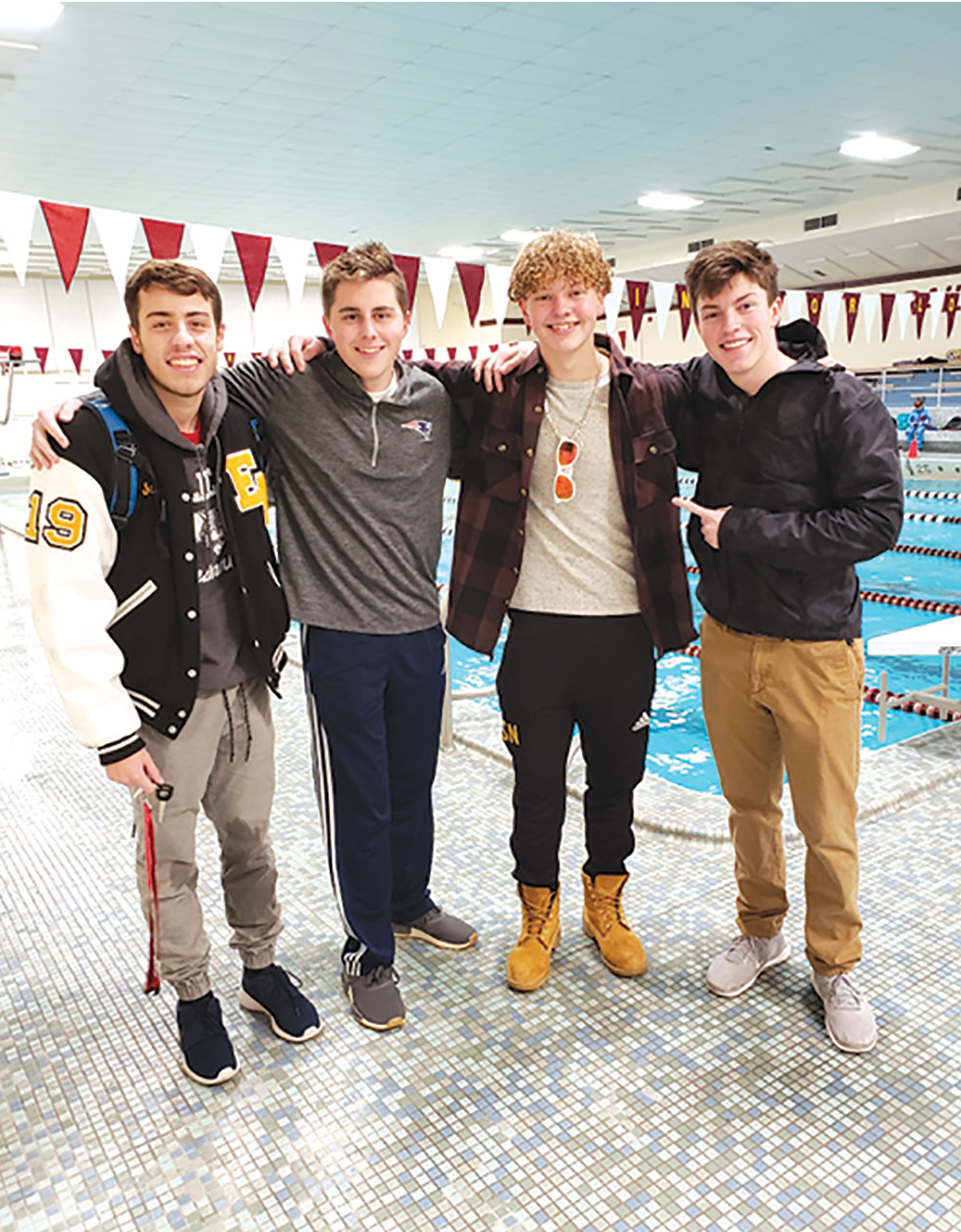 Entering its second year as a four-town Co-Op team, Wildcats Swimming is looking forward to a strong season under even stronger leadership. Suffield, Ellington, Windsor Locks and East Windsor are united under four young men in particular who push themselves and their teammates to come out on top with wins, broken records and the respect of other competitive teams. At the head of the Wildcats is Drew Martin-Ryan, one of Suffield’s own.

Martin-Ryan, a Suffield High School junior and three-year member of Wildcats Swimming, was named 2018-2019 Captain at the end of his 2017-2018 sophomore season. He has demonstrated huge growth during his time on the team, both as an athlete and as a leader. Martin-Ryan has the respect of his teammates as well as his coaches, and everyone is proud to have him as the representative for Wildcats Swimming. When asked about his feelings about the team and the sport in general, he says, “I’ve been swimming for as long as I can remember. What caused me to gravitate towards the sport was the competitive nature and the bond you create with your teammates. Swimming is something I would recommend to anyone, whether it’s competing or just spectating.”

Martin-Ryan is joined by emerging leaders from each of the other three towns included in the Wildcats Swimming Co-Op. Chris Hoover, an Ellington High School junior and two-year member of the team, says that, “Being a part of the Wildcats Co-Op team opens the door for endless opportunities that really make the experience worthwhile. One of the things I enjoy most about the team is the fact that you get to meet guys from many other towns and create great friendships with each of them.” Saxon Nussbaum, a Windsor Locks High School junior who is in his third year with the team, loves the thrill of competition: “I like the anticipation of the races, and beating the previous times I have set for myself.” Leadership is rounded out by East Windsor High School senior Mike Stavolone, who has been swimming with the Wildcats since his freshman year. Stavolone says, “I swim not only because it improves my physical fitness, but because it has helped me grow as a person. Swimming for many years has taught me discipline and how to set attainable goals.”

The team currently has a record of five wins and no losses. The Connecticut high school winter season runs from December through mid-March.

These young men are the voices of their team, and are more than ready to take the Wildcats into another successful season! We are currently 5-0 and off to a nice start.

Next Article
What Does Organic Mean?
We all wonder, at one time or another, about the organic food…