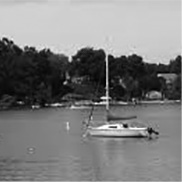 Citizens Restoring Congamond was loosely formed in the early to mid-1970’s by a small group of neighbors wanting to help fix up some rundown cottages on North Pond. Its focus quickly changed to the lake itself when they realized how much the water had deteriorated over the years. Through uncontrolled runoff and poor septic systems, along with unauthorized dumping ,the lake’s condition was very poor to say the least. This spurred the group to organize and in 1997 it was incorporated as a 501(c)(3) nonprofit. Their mission was, and still is, “The protection and betterment of the Congamond Lakes”. This includes encouraging community involvement through volunteerism, promoting excellence in water quality standards, and by providing a voice for the benefit of Lake Congamond.

There is an annual lake clean-up days resulting in many tons of waste and discarded material being removed over the years. The lake was getting better and water quality improved. CRC was instrumental in dredging the old culvert between Middle & South Ponds to keep it deep enough for boats to traverse. Then Congamond experienced an infestation of an invasive weed called Eurasian Water Mil-foil. This terrible weed would grow up to 10 feet tall, up to the water surface, clogging boat propellers and hampering swimming. It also was a health hazard to both humans and wildlife. The first attack on the weeds was to get the Town of Southwick to purchase a weed harvester. It turned out that the weed cuttings only helped the weed to spread and get even worse. Its use was discontinued after only a couple of years. By then it was determined the only effective way to eliminate the weed was by chemical application, a very expensive proposition of over $180,000 for the first year alone! CRC fully supported this method and set out with educational outreach programs in both towns and various fundraisers. The biggest fundraiser was the “Pontoon Boat Bridge Connecting Two States” held on July 3, 1999. We crossed the pond again in 2000 and made it into the Guinness Book of World Records. We now do yearly weed spot treatments, to the tune of about $20,000. We share costs with Southwick and Suffield.

CRC was also instrumental in starting a weekly lake water monitoring program and still conducts lake clean-up days and other lake improvement projects including helping with the restoration of Babb’s Park.

We are members of the Massachusetts Congress of Lakes & Ponds and the Westfield River Watershed Association.

Volunteers are always welcome. CRC encourages you to get on our mailing list and get involved. We can be contacted through our web site, www.congamond.org, our email, congamond@cox.net or by calling Jerry Crane at 860-668-5783. You are also invited to attend one of our meetings held the second Tuesday of the month April thru October.  The meetings are held at various sites, so visit our website.

Feel free to contact us for details. Newbies are always welcome.

Next Article
How Are You?
An upcoming doctor’s appointment had me wondering how I was going to…