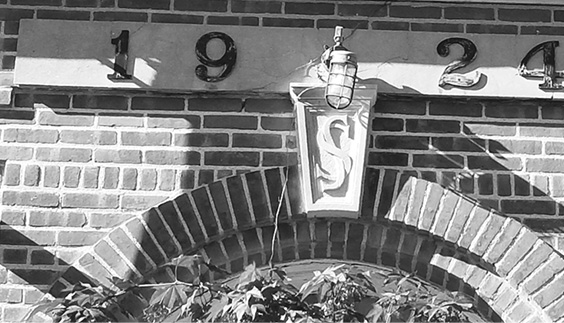 I always love coming back to Suffield. It is such an incredibly beautiful town – both in its landscape and its people. I was recently in town for the annual Suffield PMC Kids Ride, which had a record number of riders (208 children) and raised over $55,000 for the Dana Farber Cancer Institute. An event like that does not come together without a dedicated group of volunteers and families willing to actively participate. The sense of community spirit was very strong on that beautiful Saturday in May. It was wonderful to see the smiles on the kids’ faces and the joy in the faces of the parents for their kids’ accomplishments. I also passed the Phelps-Hatheway House which was abuzz with activity with the annual May Market, as well as the Kent Memorial Library which thankfully is at the cusp of reopening. My attention then turned to the Bridge Street School, and I remembered that carved above the entry is “1924” – the school building has now graced the town center for 95 years. Happy Birthday Bridge Street School!

It has been nearly four years since October 2015, when residents approved $8.4 million to renovate the building into the Bridge Street Community Center with a new full-sized gymnasium. Yet the building still sits vacant all these years later. What is the story? Bids were received a couple of years ago for Construction Manager at Risk (CMR) and building design. Had the project moved forward in a timely fashion the building might be opened for its 95th birthday. Certainly, it would have been ready for Suffield’s 350th celebration. The project needs to be jumpstarted. Voters wanted a community center, and they should get their community center with no further delay in the execution.

All of the reasons for the Bridge Street Community Center still hold true. A recreation center such as this will enhance the quality of life. There is a need for gym space in town. Repurposing historic buildings is the sustainable, green thing to do. A renovated Bridge Street School will add to the vibrancy of the Town Center. It would serve as a focal point for the community and prospective residents. It is sure to become a cultural hub for art, music, exercise etc. Parks and Rec will be able to increase and enhance its programming.

Since the referendum, the justification for delay has been the state budget crisis. But the sky hasn’t fallen. Suffield has managed its finances very well over the years. Also, the school construction bonds from 2005 will soon be paid off.

A public forum should be held, preferably before the start of summer, so that the current administration and members of the boards and commissions of cognizance (BOS, BOF, PBC, P&R, EDC, etc.) can give an update to the residents as to when they can expect to see the design completed and construction commence. It is important that there be accountability so that the will of the people through referendum is met. The Bridge Street Community Center is an important economic and community development initiative, and it should be fully-operational well before the building’s 100th birthday.

Editor’s note: The author is the former Director of Economic Development for Suffield.