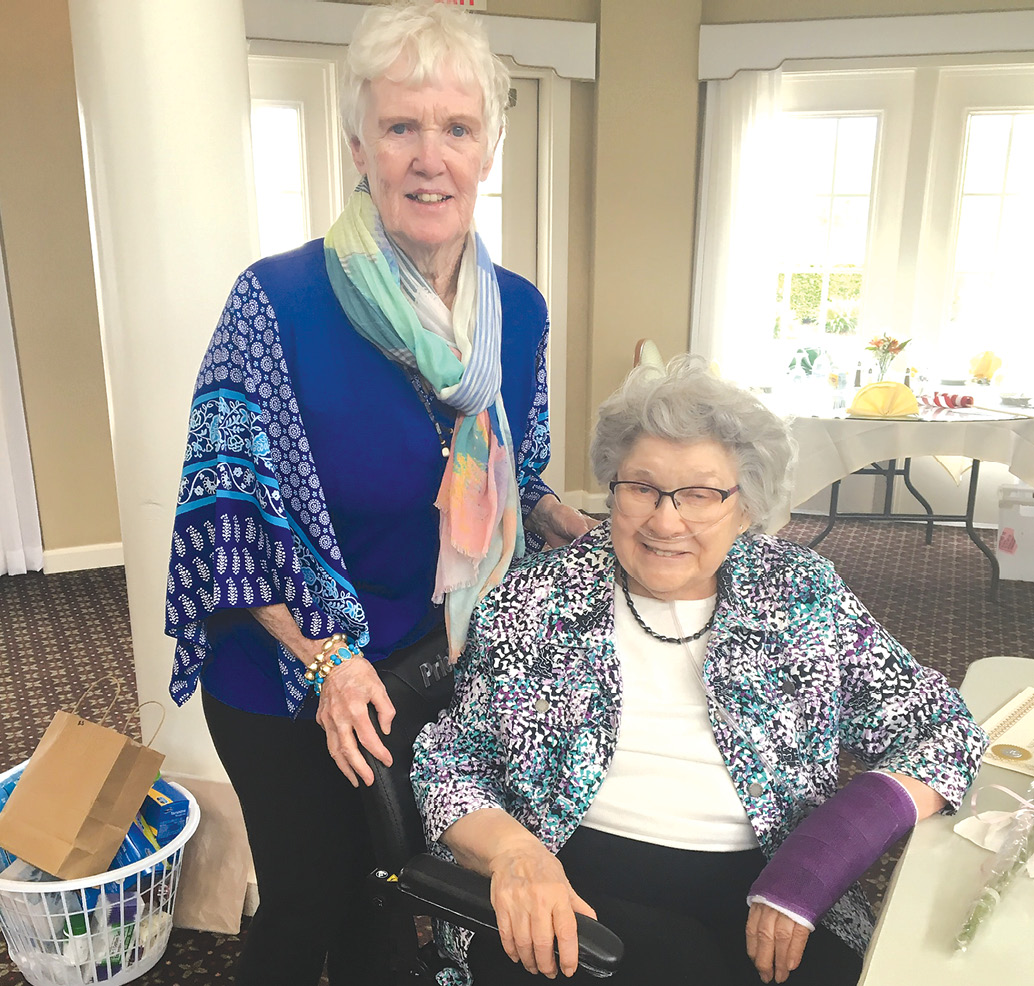 SWC members Norann Coggins (left) and Vicki Markowski (right) were honored for 40 years of service at the annual luncheon.

The Suffield Woman’s Club (SWC) held their Annual Luncheon and Installation of Officers Meeting on May 14, at Suffield by the River. The meeting served to recognize two club members, install the newest club officers, and allow this year’s members to reconvene one last time before dismissing for the summer.

This year, the Suffield Woman’s Club recognized Vicki Markowski and Norann Coggins for forty years of service. Vicki and Norann were each awarded a 24-karat gold-plated pineapple ornament (the Club’s symbol) and a Certificate of Appreciation for their dedication to serving the Suffield community since 1979.

Committees and their respective chairman for the upcoming club year are still to be determined. The Suffield Woman’s Club will reconvene after the summer for the Annual Picnic at Bazin N. Bruce Memorial Park on September 10.