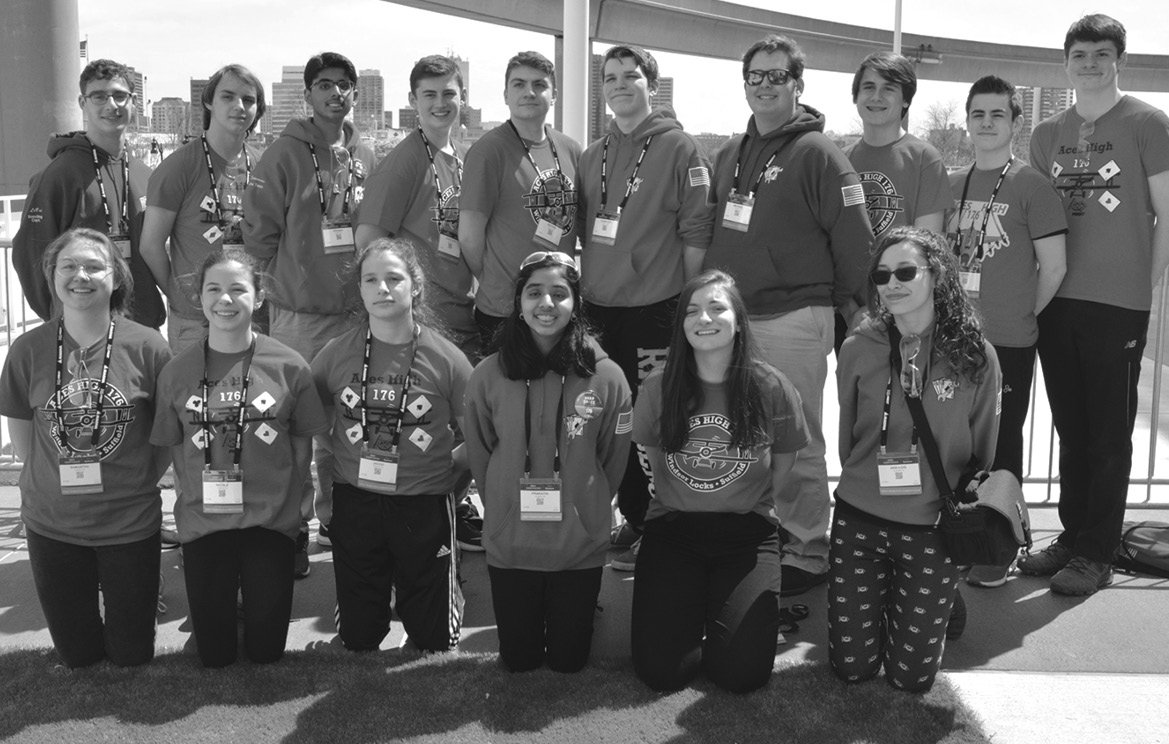 The Suffield High/Windsor Locks High Robotics Team, known as Aces High 176, made a trip to Detroit, Mich., near the end of the last school year to compete in the World Championship of the FIRST Robotics Competition. Only the top teams in the world are invited to this four-day competition. Our high school team made it there thanks to first and second place finishes at two regional competitions and a second place finish at the New England Championship. At a robotics competition, each team works as an alliance with two other teams. Points are awarded to the alliance as well as to the individual team based on performance. The Aces High team faced every match competitively and overall finished the qualifying matches in second place! In the championship round, our alliance faced some stiff competition. Even though we did not win the overall competition, we performed very well and proved that the SHS/WLHS was a team to be reckoned with. Aces High 176 was also awarded the Industrial Design Award at the World Championships. Not a bad season for Aces High 176 when you are competing with over 2,000 teams in the world!