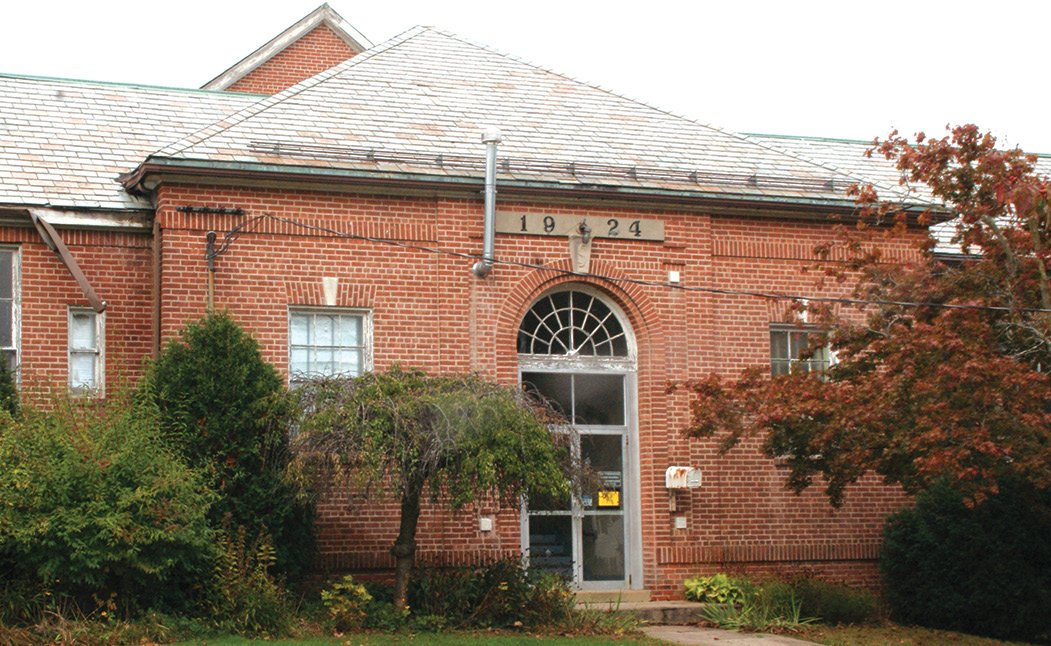 The Board of Selectman (BOS) took unprecedented action at the October 16 Board of Selectman meeting and voted to rescind the referendum vote and bonding for the Bridge Street Community Center (BSCC) and refer the issue to Town Meeting. Additionally, the board voted to abate and demolish the historic Bridge Street School (BSS) and then request proposals to install athletic fields and a small playscape and refer the issue to Town Meeting. As one town resident said during public comment, “this feels like an ambush.” The topic hadn’t been on a BOS agenda since 2017 when First Selectman Melissa Mack made the statement “… I will not sign a contract on the BSCC project at this time.”

First Selectman Mack referred to a September 19, 2019 meeting with CIRMA, our Town’s property and liability insurer, as the catalyst of this drastic action. The CIRMA representative gave verbal notice that the Town would likely lose insurance coverage due to the building’s poor condition. First Selectman Mack presented a power point on the history of BSS, showed photos of the current condition depicting ceiling tile deterioration, peeling paint and mold in the basement level. She gave a procedural timeline to defend Town efforts on the project over the last four years and concluded with a reminder of library shortcomings and the town’s desire to do future facility planning. Bond counsel was also present to validate the legality of the board’s action.

“What a travesty it would be to lose one of the last pieces of Suffield history.”

Nearly 80 people were in attendance and eager to engage in public comment following the First Selectman’s presentation. Both sides of the argument were heard during public comment. Ray Pioggia opened the meeting with comments about dereliction of duty from the First Selectman leading to the current condition of the building; he reminded the public that abatement and renovation would remedy all problems. Others spoke to the Town’s neglect of the building, importance of preservation of our community asset and to the value a community center would bring our town and residents. Some citizens supported the First Selectman citing her fiscal responsibility, that the community should learn from past renovations and that our town doesn’t need a community center. One resident said, “they feel the utilization of the senior center with a youth center has been successful and addresses community needs.” Some residents said they had voted for the project but weren’t sure they could support it any longer, while others countered that they voted no for the project but respected the vote and did not support a rescission.

A common theme through public comment was that the successful referendum vote should be honored and that rescinding the vote is a threat to our democracy. One citizen stated, “does our leadership ignore our votes and continue having new votes until they go the way they want them to?” Citizens challenged the First Selectman on her lack of follow-through on the project, citing a double standard on how the First Selectman supported the Town Hall renovation, despite numerous construction estimates that were over 40% from the referendum approval, versus the BSCC project.

At the conclusion of public comment Selectman Pete Hill made a motion to rescind the referendum vote and a brief discussion began. Selectman Tim Reynolds cited increased project costs as the reason he supported the rescission. Selectman Hill echoed that sentiment and expressed how scared he was of what happened with the library renovation. Selectman Joanne Sullivan read into the minutes a statement from Selectman Mel Chafetz (who was absent) stating the town vote is being disregarded and it’s a disgrace the building was allowed to further deteriorate, and he votes against demolition. Selectman Sullivan stated what a travesty it would be to lose one of the last pieces of Suffield history and that it is a terrible precedent being set not following the vote. Selectmen Reynolds, Hill and Mack voted for rescission and Selectman Sullivan voted against. Selectman Sullivan encouraged residents to come out to the town meeting to voice their disapproval of the rescission and demolition.

The future of BSS and in turn BSCC remains unsettled. The next action will be a town meeting; the date will be set at a future BOS meeting. The benefit of our democracy is that residents will have a future opportunity to make their voices heard.

Krystal Holmes was formerly involved on the BSCC Ad-Hoc Committee.

Next Article
Suffield’s Proud History of Preservation
Riding through Suffield Connecticut on a sunny fall day, one cannot help…