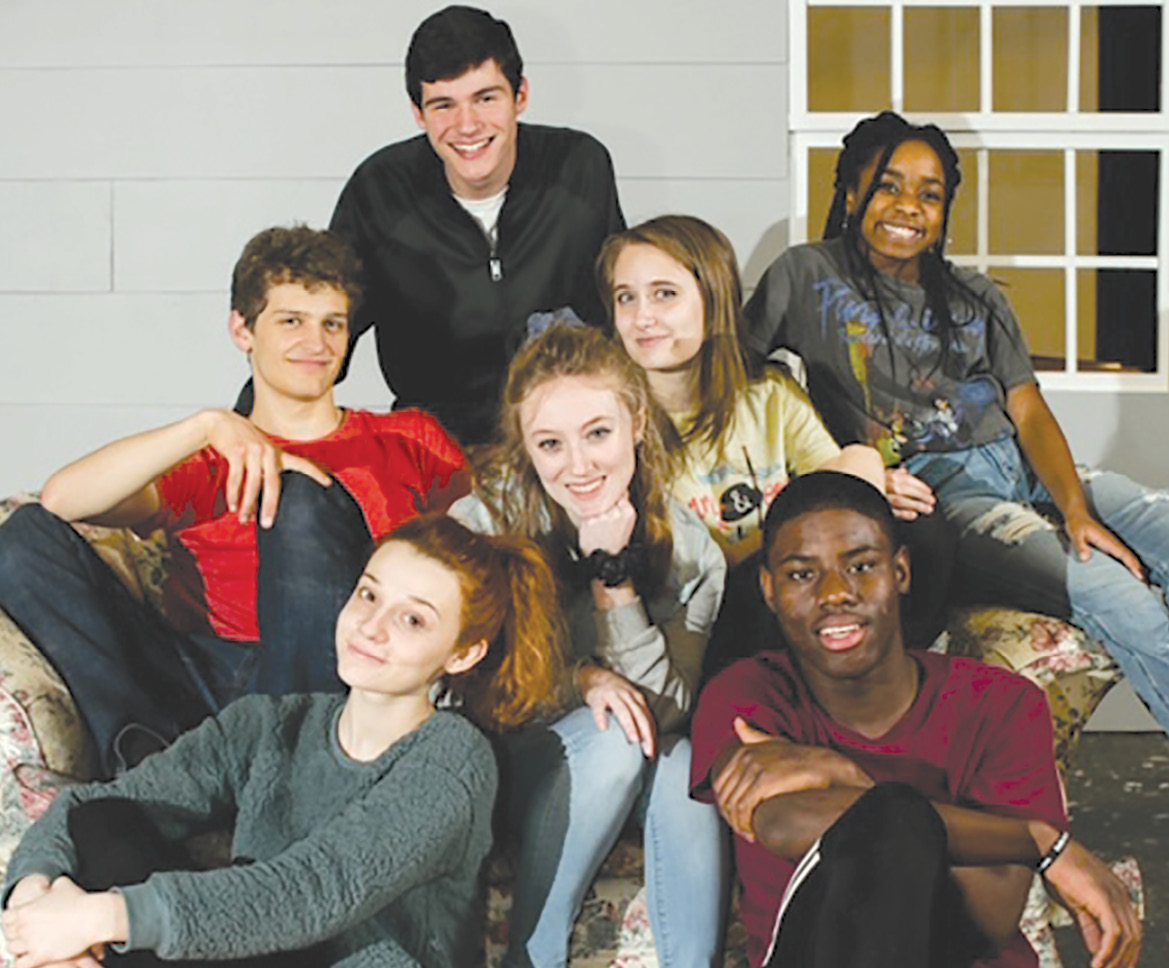 The machinery of adolescence is a topic that has been featured in thousands of forms of media for thousands of years, reflected on television screens, canvases, and frail rolls of paper. It is a theme with incredible longevity, but one that constantly requires new perspectives and techniques to maintain its relevance. This is a demanding standard, yet it is matched and exceeded by Suffield High School Drama Club’s production of the original musical BFF.

With book and lyrics by SHS’s resident film and French teacher, Carl Casinghino, and music by his uncle, Robert Casinghino, the musical is an ambitious work that conveys the complex tangle of relationships that binds an average high school community both in the physical world and the amorphous digital realm. These two spheres are so integrated that the plot’s driving conflict emerges and escalates in the initial acts without many of the characters ever meeting in person, instead building animosity allegiances through text messages, which will be displayed to the audience through a projector.

Many cast members have found the role of technology to be a refreshing way to immerse themselves in characters that are already so similar to themselves. Off stage, they enjoy messaging each other in character and developing their personalities by discussing the events of the plot with those they do not come in contact with over the course of the show.

Students have also taken an active part in other aspects of the show, eagerly constructing the sets, gathering the props, arranging the lights, and completely choreographing dances. Walking backstage, one can hear lively debates break out concerning which moves should be included in which dances and how the solos should be distributed.

The satisfaction of participating in such tremendous creative undertaking is not the only joy that the cast and crew are taking from this production, however. When asked about her favorite facet of the musical, actor Emilee Benson, who fills the role of T.C., replied, “Well, it’s interesting to handle themes that we interact with daily in our regular lives, and the set is amazing, but it’s still a really fun musical. I think anyone watching will be able to consider the real difficulties that so many students face in their academic and social lives and, because of the catchy songs and humor of the musical, still leave the show smiling.”

Next Article
Peer Models Sought for Preschool
Screenings for 3 and 4-year-old Peer Models have been scheduled for: Tuesday,…