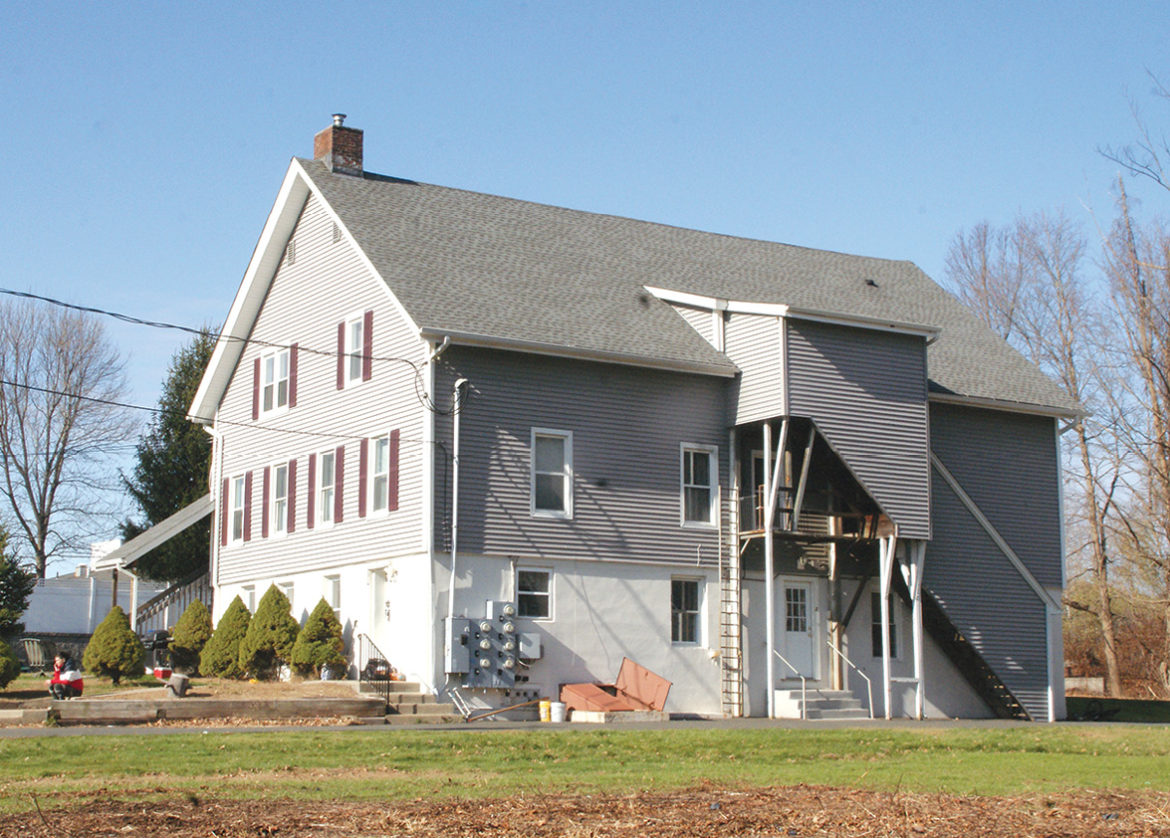 Suffield’s old creamery, built 131 years ago, operated for almost three decades making good butter from Suffield cream. It was then converted to apartments and still serves seven households. The roof seen at the left edge of the picture shelters Bright Horizons. The old creamery was recently sold to Suffield developer Elzear Roy.

I was recently given a copy of The New England Homestead Newspaper printed in Springfield, Mass., dated October 26, 1889.

The top, front page article was written about the new creamery built in Suffield. I enjoyed it so much that I’d like to share some of it with you. The creamery was organized in the summer of 1888 with capital of $4,500. The building still stands on Mountain Road on the west bank of Muddy Brook, housing a number of apartments. The article states, “The creamery building faces towards the east and is situated on the road to West Suffield, a few hundred yards west of the railroad station and adjoins the fair grounds. The lower story, where the workroom is situated, is of brick, while above this, where the butter-maker’s tenement is placed, it is of wood. This tenement has 11 rooms in all, pleasantly situated upon the south and east sides of the building, while on the west side is the receiving room for the cream and also the directors’ room. In the attic are two sleeping rooms, besides the store rooms and water tanks.”

The article goes on to tell of high quality equipment and extreme neatness. Cream was collected from farms in Suffield and West Suffield. Some of the farmers that provided dairy product were: Byron Loomis, Hastings, Hazen, Roach Brothers, C.J. Styles, E.O. Pitcher and Arthur Sykes.

The butter from this creamery was used locally and also shipped to Springfield, Hartford and Providence. Many of the finest hotels had this butter on their tables.

My favorite part is how they write about our town: “A lovelier town than Suffield can hardly be imagined. . . . Old Suffield, as it is called, is about 2 ½ miles west of the river on a low hill. . . . In riding over the town, one is struck by the thrift and comfort shown by the farmhouses and barns, with their surroundings. . . . Fine herds of cattle are also numerous.”

It is amazing that the outside of the building has not changed drastically, and old timers still call it the creamery today.

Next Article
PARKS & REC NEWS
Get ready for a fun winter! It is time to register for…