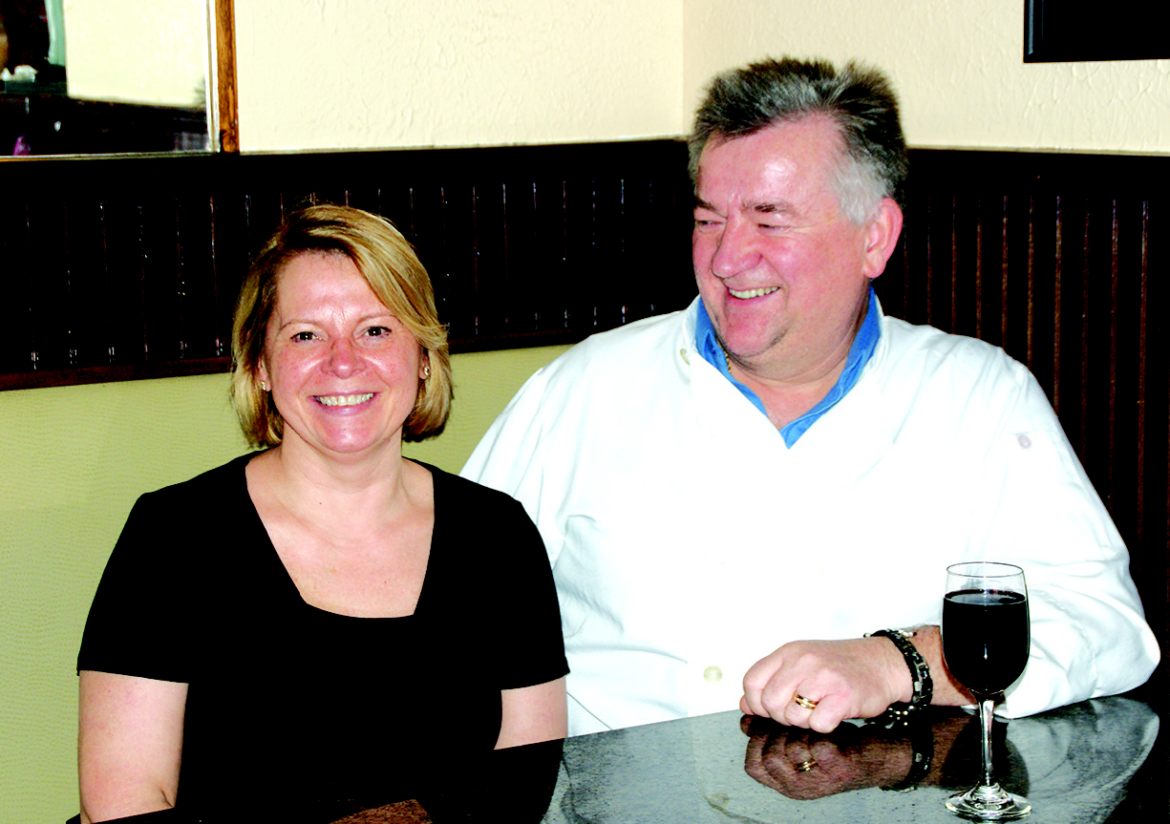 Margaret and Jack Bucior, The Suffield Observer’s Valentine couple for 2020, are pictured at Suffield Pizza seated in their “after-hours”corner.

Not all of Suffield, of course, but so many people in Suffield and from nearby towns have had the pleasure of going to Suffield Pizza to eat or order takeout.

Margaret and Jack Bucior are the proprietors who prepare and cook not only Italian food, but Polish and even in one case English Tea style sandwiches for a benefit at the Little Sisters of the Poor in Enfield. They both emigrated from Poland speaking only Polish. Margo came in 1980 and settled in New Britain, and Jack came in 1982 to Hartford. They met on a blind date arranged by mutual friends and were married in 1987.

They had relatives who were in the restaurant business and they worked for them and learned from them.

Since then they have owned several restaurants. The first was a pizza shop in Bristol, the next in Wallingford and then on to Suffield in 2003. They have two sons, Jacob, 23, and Patrick, 27, who do not work with their parents, but help out when needed.

Now you might think running a restaurant six days a week would be enough to keep you busy, but evidently not for the Buciors. It made my head spin to hear about all their volunteer work. They are involved at Sacred Heart and have prepared food for Polish Night, Irish food for a St. Patrick’s Day celebration and chili for the Christmas Bazaar. They also both serve as Eucharistic Ministers. At the Little Sisters of the Poor in Enfield they have also been very active. In addition to the English Tea style sand-wiches, they have donated baskets for raffle prizes and food for other events.

Then there is Loaves and Fishes in Enfield where they have donated their time. In the week between Christmas and New Year’s they were in every day – eleven days – to help serve the food. They also prepare food for the Knights of Columbus and Free Masons at Suffield on the Green. They have donat-ed toys for children through the Shriners. And Jack is a Fire Commissioner.

Suffield is undoubtedly very fortunate to have them as friends and neighbors and running Suffield Pizza.