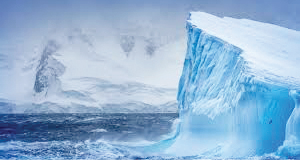 The earth is our only chance to live. We have to stop climate change. It is not only us that will suffer, animals will too.

People think that the earth is so big that we can’t do much harm to it. Wrong! With 7.5 billion people on earth we can easily do harm to it. Here are some of the damaging things we do: killing animals, creating too much trash, wasting water, causing pollution, and more. Roughly 30% of climate change is caused by the U.S.

The glaciers are melting. Glaciers have been around for so long that they literally tell about the past. Each layer of the glaciers has carbon bubbles which hold clues to the past. We don’t know what else could be lurking in the ice. For example, viruses can be frozen in ice and be perfectly preserved so that they can be brought back to life. We may not have cures for all of these viruses.

The Arctic is melting. On average, it has ten-foot deep ice shelves that reflect most of the sunlight. As they melt, more of the sunlight hits the water and makes it warm, melting more ice and repeating the process. Without the Arctic, polar bears will die.

The ice shelf of Antarctica is also melting. This is raising sea levels and could lead to the extinction of emperor penguins.

Ocean temperatures are increasing. This causes more hurricanes and floods around the globe.

Even though climate change is ravaging the earth, that doesn’t mean that we can’t do anything about it. This is an opportunity, a chance for you. You can make a change.

You can help by driving less and also by planting trees.

The earth needs you! So… are you with me?

Next Article
Let’s Help the Koalas in Australia!
Hello Suffield residents! McAlister Student Council members are working on a project…