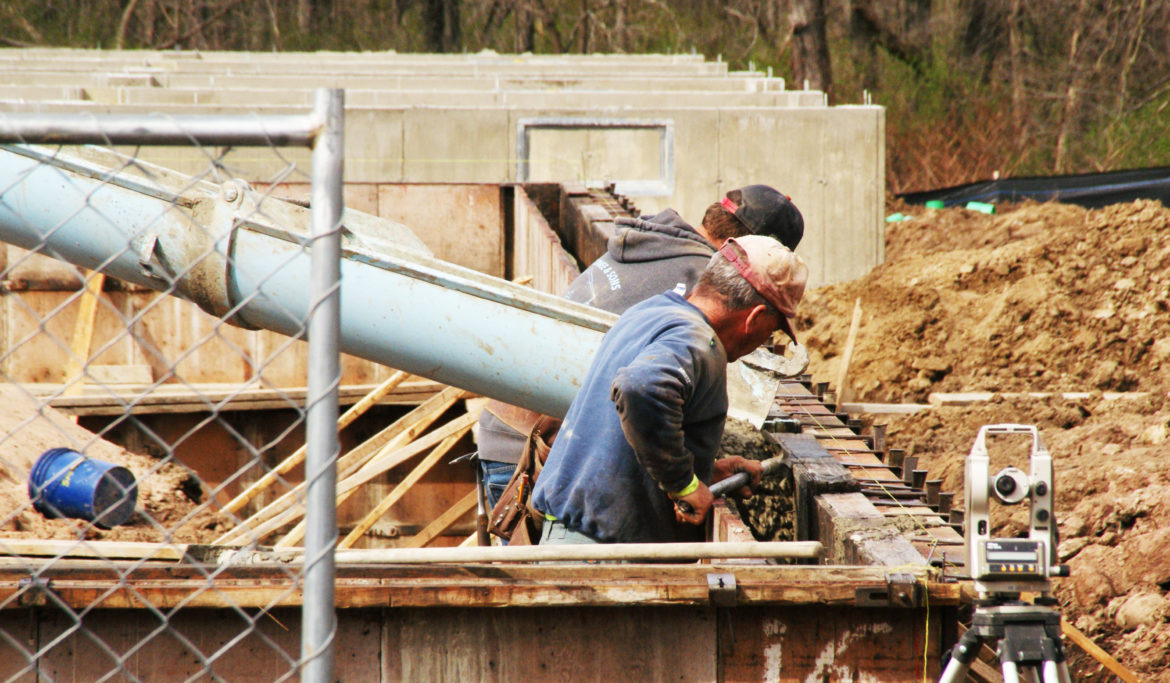 In late April, two construction workers hold their shovels to guide the pour into the space between the forms. They’re pouring the eastern foundation wall of the new office building Briarwood Construction is erecting on the site of the old Suffield Creamery on Mountain Road. At the rear are the foundation walls for one of the three two-unit condo apartments being built on the site. By early May, the office building foundation had been filled, as only the apartments will have cellars. And by mid-May, one of the apartment buildings had its outside walls up.

Next Article
Tulips Brighten the Green
In the first week of May, an explosion of tulips add a…