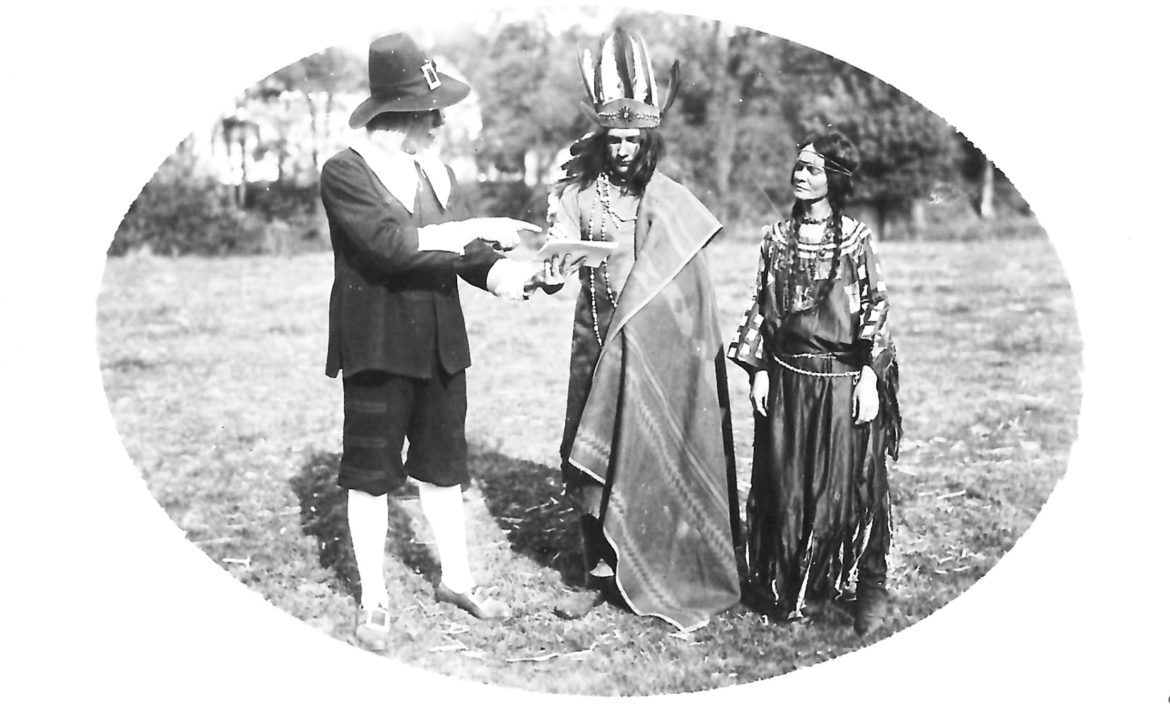 Photo from the Suffield Historical Society

On October 13, 1920, Suffield presented a grand pageant as part of the three-day celebration for the town’s quartermillenial anniversary. Seven thousand people, many arriving by trolley, sat on a hillside behind what is now Jacqueline Circle and watched a dramatization of key moments in Suffield history. The pageant opened with the scene pictured above, “Selling the Land,” in which developer John Pynchon explains the deed by which Chief Pampunkshat of the Agawams and Princess Misnouasques of the Poquonocks sold the land that became Suffield. Pynchon was played by Samuel Barriesford; the Native American leaders by Allen Sikes and Mrs. James Eagleson.