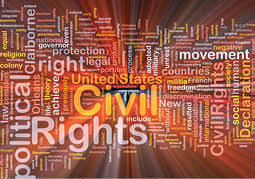 July has some historic events which we should all be familiar with as American citizens. This information came from historyplace.com

July 2, 1964 — President Lyndon B. Johnson signed the Civil Rights Act of 1964, prohibiting discrimination on the basis of race in public accommodations, publicly owned or operated facilities, employment and union membership and in voter registration. The Act allowed for cutoff of Federal funds in places where discrimination remained.

July 9, 1868 — The 14th Amendment to the U.S. Constitution was ratified. The Amendment defined U.S. citizenship and prohibited individual states from abridging the rights of any American citizen without due process and equal protection under the law. The Amendment also barred individuals involved in rebellion against the U.S. from holding public office.

July 11, 1943 —Tennis player Arthur Ashe (1943-1993) was born in Richmond, Va. He won a total of 33 titles including the U.S. men’s singles championship and U.S. Open in 1968 and the men’s singles at Wimbledon in 1975. As a pioneering African American athlete, he fought against racism and stereotyping and was arrested numerous times while protesting.

July 19, 1863 — During the American Civil War, Union troops made a second attempt to capture Fort Wagner near Charleston, S.C. The attack was led by the 54th Massachusetts Colored Infantry, commanded by Colonel Robert Gould Shaw, who was killed along with half of the 600 men in the regiment. This battle marked the first use of black Union troops in the war.

July 26, 1944 —The U.S. Army began desegregating its training camp facilities. Black platoons were then assigned to white companies in a first step toward battlefield integration. However, the official order integrating the armed forces didn’t come until July 26, 1948, signed by President Harry Truman.

July 28, 1932 — The Bonus March eviction in Washington, D.C., occurred as U.S. Army troops under the command of General Douglas MacArthur, Major Dwight D. Eisenhower and Major George S. Patton, attacked and burned the encampments of unemployed World War I veterans. About 15,000 veterans had marched on Washington, demanding payment of a war bonus they had been promised. After two months’ encampment in Washington’s Anacostia Flats, forced eviction of the bonus marchers by the U.S. Army was ordered by President Herbert Hoover.

This last piece also about the Bonus March was printed in the New York Times on June 9, 2020. It is a piece written by Lauren Katzenberg entitled “When Veterans Camped for Pay.”

“One thing that made the Bonus Army so remarkable was that it was racially integrated at a time when Jim Crow laws were in full force…In the camps, black and white people lived, cooked and ate together. There was no segregation, no Jim Crow.” Roy Wilkins, a reporter for an N.A.A.C.P. publication called Crisis, visited the camps in June and was taken by how everyone lived peacefully side by side. He saw it as a model for integration across the United States. “There I found black toes and white toes sticking out side by side from a ramshackle town of pup tents, packing crates and tar-paper shacks,” Wilkins wrote. “Black men and white men, veterans of the segregated Army that had fought in World War I, lined up equally, perspired in sick bays side by side. For years the U.S. Army had argued that General Jim Crow was its proper commander, but the Bonus marchers gave lie to the notion that black and white soldiers — ex-soldiers in their case — couldn’t live together.”

Next Article
Taps Across America
Jack Henrie plays Taps outside his front door at 3:00 p.m. on…