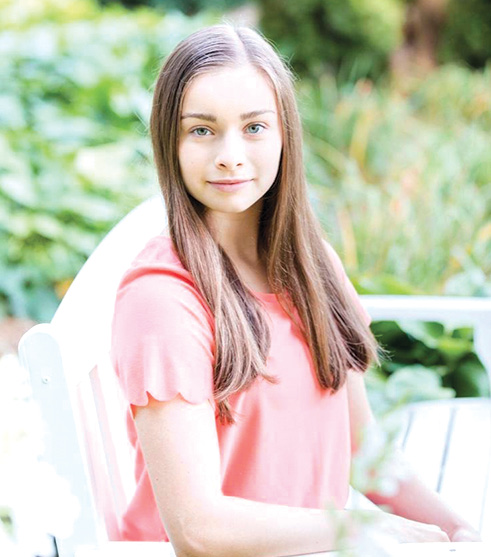 Photo provided by the family

Gianna Guzzo was selected as one of three high school seniors students from across the U.S. awarded for their inventions. Recipients of awards are made possible by Raytheon Technologies

Gianna Guzzo from Capitol Region Education Council (CREC’s) Academy of Aerospace and Engineering in Windsor, Conn. was announced as a top winner for the Invention Convention U.S. Nationals 2020, presented by Raytheon Technologies. Invention Convention U.S. Nationals is an annual celebration of K-12 inventors from across the United States. The event provides an opportunity for youth inventors and entrepreneurs in grades K-12 to display their critical thinking skills through inventing, innovating, and entrepreneurial activities.

Guzzo’s invention, “Vital Guard,” a system to protect children in vehicles, earned her third place among high school seniors nationally. Guzzo also received a specialty award, the Aerospace Award, because her concept could easily be adapted to monitor the vital signs of pilots and flight passengers. She was presented the Aerospace Award by Don McMonagle, Space Shuttle Astronaut Director, and former NASA Astronaut.

In total, 120,000 K-12 inventors from across the United States competed at local affiliate Invention Convention competitions this year. Guzzo was one of 63 outstanding students recognized for their ingenuity out of the 500 students selected to compete at the national level.

Vital Guard is a Bluetooth-enabled network of sensors that reminds parents to take their children out of the car, but also monitors a child’s heart rate and respiration rate right from the car seat and notifies the parent via an app when those vital signs start looking abnormal. Guzzo created Vital Guard as a result of the numerous reports on children being left unattended in cars.

CREC’s Academy of Aerospace and Engineering is proud to recognize Gianna Guzzo as the third place National Invention Convention Award recipient. Guzzo was chosen from a pool of 120,000 students from across the country that researched, designed, and created original inventions. Guzzo represented her school and the entire Suffield and Windsor communities as she worked to advance her Vital Guard invention from the Connecticut competition to the national stage.

Next Article
Suffield Academy’s Preparations for Fall
Surely, we all sympathize with the very difficult position in which our…