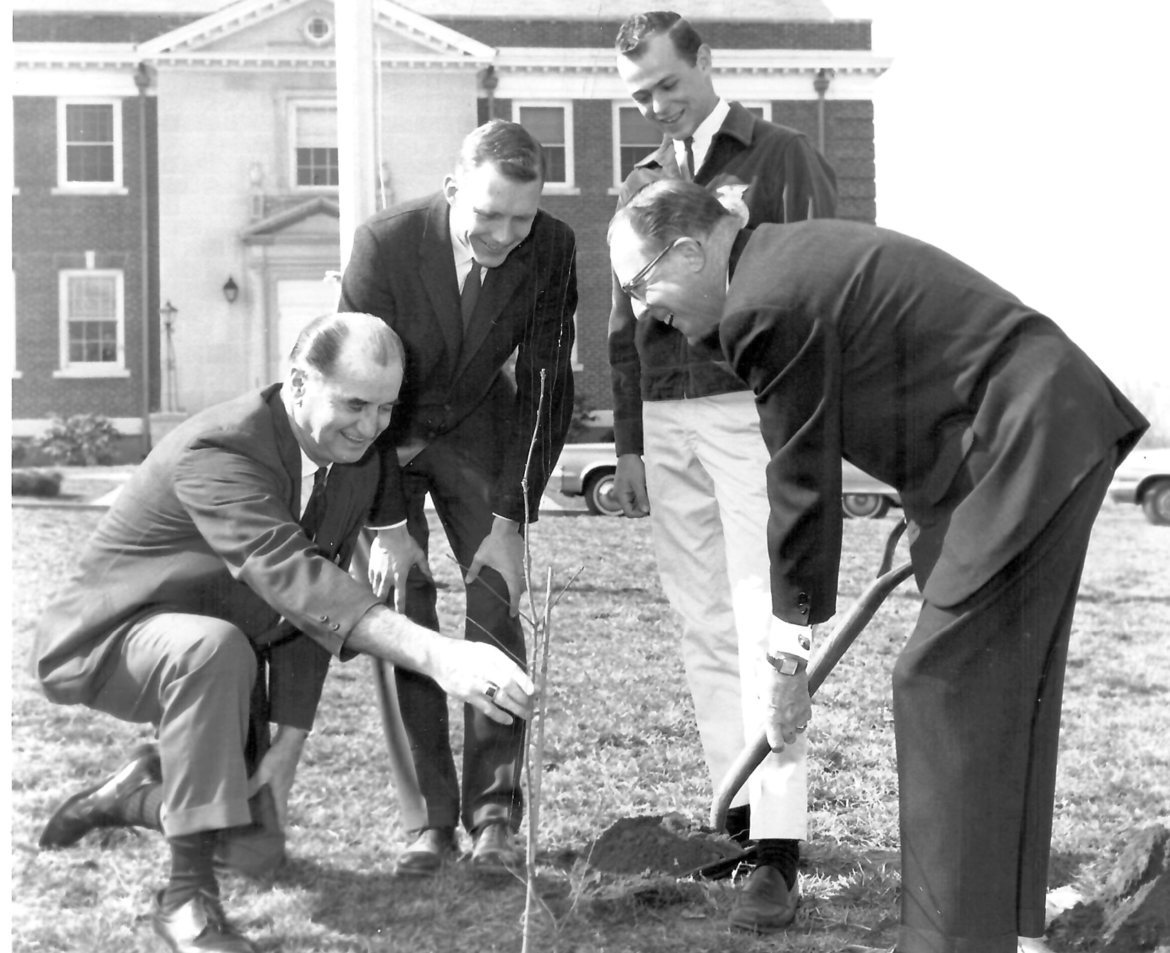 H. Meade Alcorn was Suffield’s delegate to the 1965 Connecticut Constitution Convention. In April 1966, above, he wields a shovel to plant the oak seedling he was given the previous fall to commemorate the Convention. From the left: First Selectman Daniel Sullivan, SHS Regional VoAg Center Director Allen Frazier, Future Farmers of American Chapter President Nelson Crouss, Alcorn. The Town Hall oak, still flourishing, reveals itself by its leaves to be a descendant of neither the Charter Oak nor Suffield’s Spencer Oak.