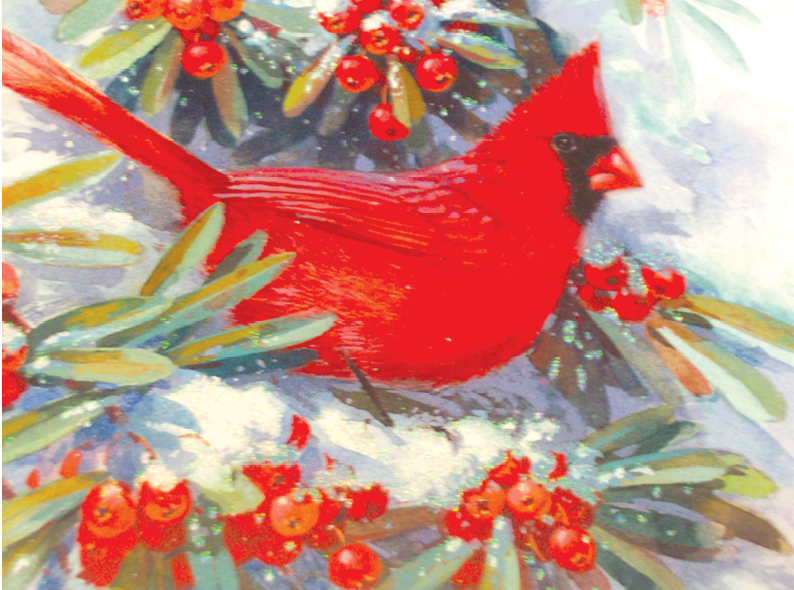 • Hummingbirds are the only bird that can fly backwards

• Dragonflies have 6 legs but can’t walk

Cardinals may live up to 13 to 15 years with help of their life-long mate, water, food, insects and other natural food.

Cardinals do not migrate. In winter months they get water from snow, fruits and insects they eat. Other water sources include ponds, streams and lakes.

According to National Geographic, the northern cardinal is so well loved that it has been named the official bird in several states.

Cardinals, aka “redbirds,” are active songbirds. Males have brilliant red plumage which attracts females for mating purposes. Females are a tannish gray.

Males can be aggressive when defending their territory, and they frequently attack other males who intrude. This tendency sometimes leads cardinals to fly into glass windows, when they charge an “intruding bird” that is really their own reflection.

Cardinals sometimes join in flocks that may even include birds of other species. During mating season, however, groups dissolve into pairs. Male birds feed their monogamous partners as they incubate clutches of eggs—typically three per season.

Extending warm wishes for a safe and happy holiday season!

Next Article
The Stillness of Nature
Winter Morning Light