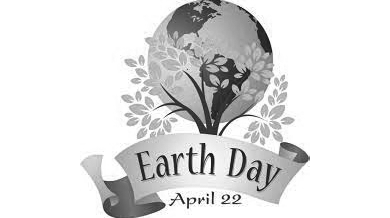 “A day without laughter is a day wasted.”

“When does a joke become a ‘dad’ joke? When it becomes apparent.”

“I entered ten puns in a contest to see which would win. None in ten did.”

“Let everything you do be done in love.”

“Wilbur never forgot Charlotte. Although he loved her children and grandchildren dearly, none of the new spiders ever quite took her place in his heart. She was in a class by herself. It is not often that someone comes along who is a true friend and a good writer. Charlotte was both.”

“I knew who I was this morning but I’ve changed a few times since then.”

“Of course it is happening inside your head, Harry, but why on earth should that mean it is not real?”

– Harry Potter and the Deathly Hallows by J.K Rowling

Some interesting facts about some of our favorite children’s authors from Media Connect:

The Oxford English Dictionary lists 21 words as having been introduced into the language by Lewis Carroll, author of Alice In Wonderland. Examples include snark, chortle, jabberwocky, and mimsy.

H.A. Rey built two bicycles out of spare parts, and he and his wife escaped Paris on them, taking the manuscript for Curious George with them, hours before the city fell to the Nazis.

Shel Silverstein was a cartoonist and writer for Playboy when the magazine first started. He also lived in the Playboy mansion off and on and wrote the song ‘A Boy Named Sue,’ which was famously recorded by Johnny Cash.

Where The Wild Things Are: Maurice Sendak realized he did not know how to draw horses and, at the suggestion of his editor, changed the wild horses to the more ambiguous “Wild Things,” a term inspired by the Yiddish expression vilde chaya (wild animals), used to indicate boisterous children.

“Housework is something you do that nobody notices until you don’t do it.”

“I think I have an urge to get up and clean the house. Wait… no. False alarm.”

“Literacy is the most basic currency of the knowledge economy.”

“Libraries are a cornerstone of democracy – where information is free and equally available to everyone. People tend to take that for granted, and they don’t realize what is at stake when that is put at risk.”

“The very existence of libraries affords the best evidence that we may yet have hope for the future of man.”

“The only thing that you absolutely have to know, is the location of the library.”

“Libraries: The medicine chest of the soul.”

inscription over the door

“If you want to be a writer, you must do two things above all others: read a lot and write a lot.”

“There is no greater agony than bearing an untold story inside you.”

“A professional writer is an amateur who didn’t quit.”

“Three hundred years of humiliation, abuse and deprivation cannot be expected to find voice in a whisper.”

“It is an extraordinary achievement to be trapped in the dungeon of color and to dare to shake down its walls and to step out of it, leaving the jailhouse keeper in the rubble”

Next Article
School Sign Missing, Returned
During the demolition of Bridge Street School several weeks ago, many townspeople…