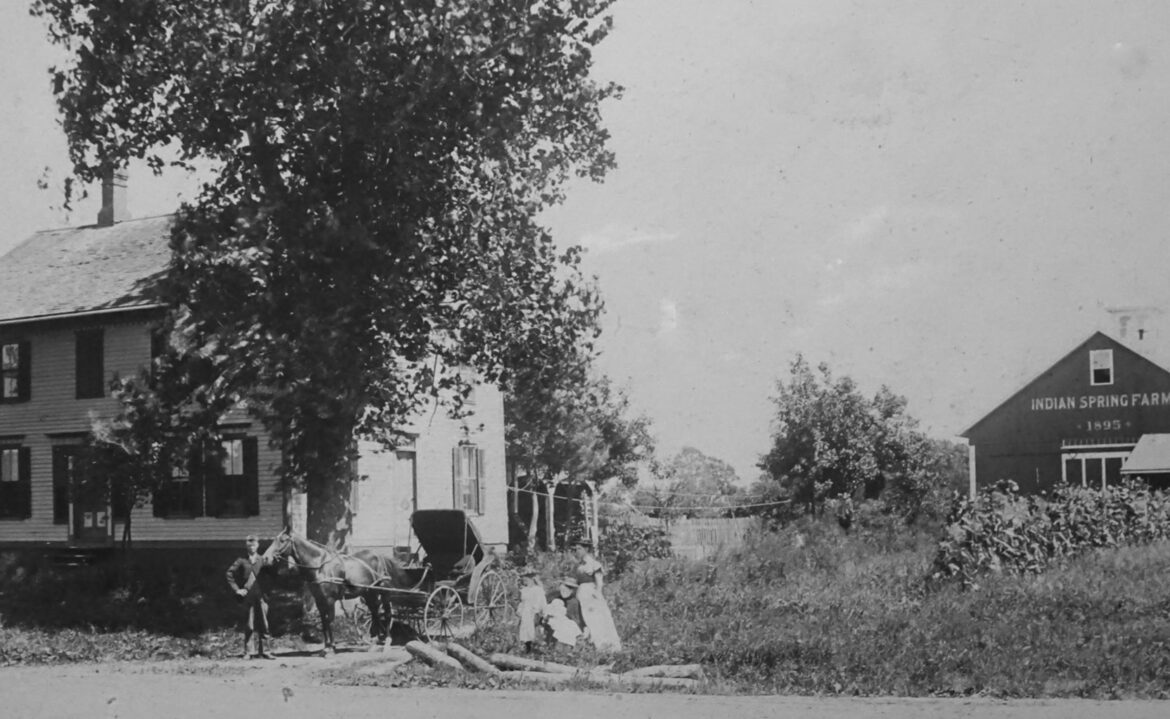 John A. King stands at the left in front of his Indian Spring Farm, located in the very northeast corner of Suffield between the Connecticut River and the end of Mapleton Avenue. His wife, Minnie, is at the right with their children. The photo was taken in about 1900. The photograph was recently donated to the Suffield Historical Society by Robert King of Windsor, whose father was the baby in the photo, held by his older brother, Robert King’s uncle.