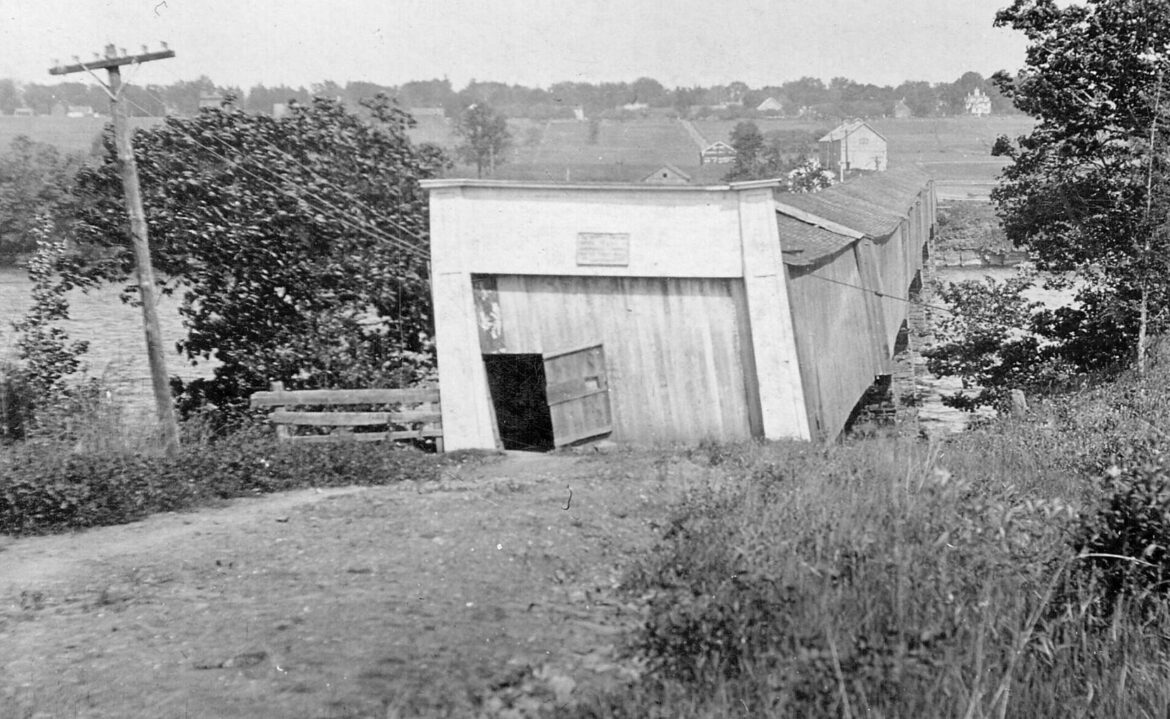 This photo of the old covered bridge to Enfield shows it viewed from the Suffield side, a few years after it closed to traffic when the new bridge at the end of Thompsonville Road was opened in 1894. The old bridge had opened in 1832 on the site of the 1808 uncovered bridge, which was the first bridge across the Connecticut River in Connecticut. The eastern end of Bridge Street was laid out to serve that bridge, as the road east from Suffield center had previously followed Thrall Avenue.