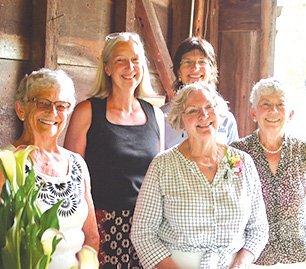 1993 was a very good year. Anita Wardell and Agnes Schulte, who both joined the Suffield Garden Club that year, were recognized for their outstanding commitment and awarded Lifetime Membership in the Federated Garden Clubs of Connecticut at this year’s annual meeting.

Nancy Nath, a member of the Suffield Garden Club since 1971 became an Honorary Member having been a supporter of our mission for 50 years.

Next Article
Love to Garden? Come Garden with Us!
You don’t have to be a Suffield Garden Club member to enjoy…