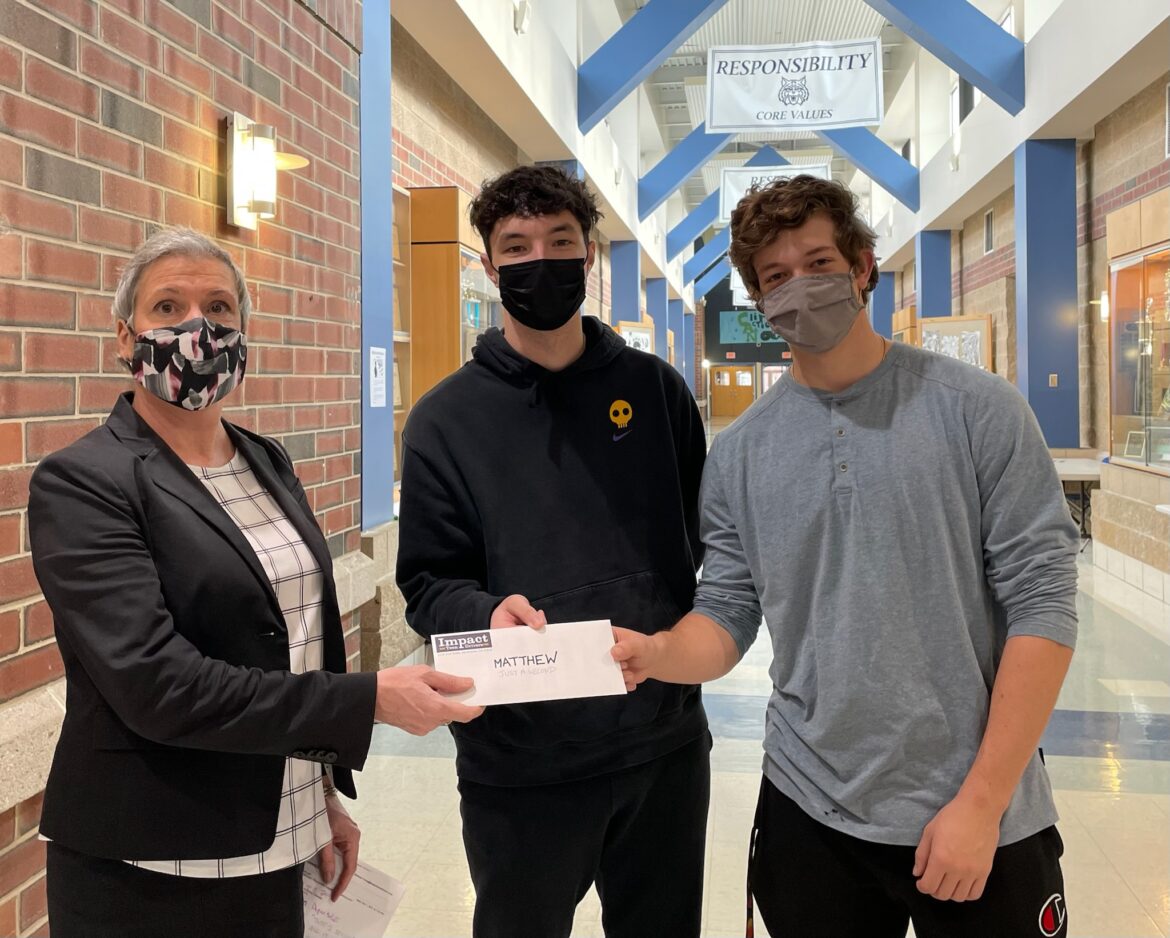 Recently, Suffield High School seniors Matthew Sinofsky and Jack Pixton earned national honors in the Just Drive campaign sponsored by the Impact Teen Drivers program, designed to reduce distracted driving and increase safe driving practices among teens.  Their video, Just One Second, which Matt wrote and directed while Jack worked as cinematographer, won second place for Connecticut and earned them a $2500 educational award from contest sponsor NJM insurance.  In December, Meg Barbour, the outreach director for Impact Teen Drivers, came to the high school to present Matt and Jack with their award. During the presentation, Ms. Barbour, who also has a background in video production, spoke highly of the distinction and effectiveness of their message and the extremely advanced media communication qualities of their project.

In addition to the achievement of Matt and Jack’s public service announcement, other members of the Video & TV Production class at the high school also produced notably successful PSAs for the Just Drive campaign put together through these videos.  Pieces created by Laura Drinkwater, Jackson Dapo, and Irene Drezek were shared through SHS’s Morning Update show and on school social media outlets.  Currently, all of these students and their classmates are producing feature pieces for the Student News program, along with independent projects for their own media communications portfolios.  Stay tuned for more news from this exceptional group of students.

Next Article
COVID Confusion
The new Omicron variant of COVID-19 has brought new challenges. Like many…