Suffield Police are concerned about the growing prevalence of “Dabs”; which is one form of a marijuana concentrate consisting of drugs and consumable products where the primary psychoactive substance in marijuana (i.e., cannabis, THC,) is extracted from the Cannabis plant, often using a cheap and effective solvent such as butane, carbon dioxide (CO2), ethanol, or isopropyl alcohol. The concentrate is then condensed into other forms, such as a liquid (Butane “Hash” Oil, Butane “Honey” Oil, or “BHO”), a semi-solid (“Wax” or “Dab”), or a solid (“Shatter”). The concentrate can then be orally-ingested or inhaled. 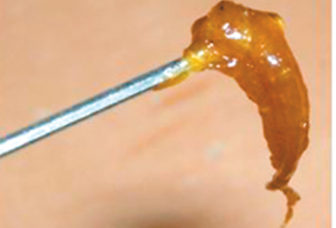 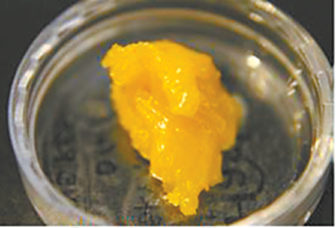 One reason for great concern about “Dabs” usage is the intensity and length of the high it produces to users resulting in a very high level of impairment. Another concern is the fact that this unusual appearing substance may not be immediately recognizable to parents, educators, and law enforcement thus avoiding detection of a substance abuse problem.

On March 8, Suffield Police charged two young men with possession of “Dab” marijuana and possession of drug paraphernalia during a joint investigation with the Suffield Public School District. This is not the first seizure of “Dabs” that the Suffield Police have made in the community during the past month. The dangers of BHO and Dabs were also recently presented to area first responders in a training session conducted in town by the U.S. Drug Enforcement Administration (DEA).

Parents, residents, and community members wanting information about the dangers and laws pertaining to marijuana, heroin, and other illicit substances are encouraged to contact the Capital Area Substance Abuse Council at 860-286-9333 ext 202 or visit http://casac.org/. Additional information is available at the Suffield Local Prevention Council Facebook page: https://www.facebook.com/Suffield-Local-Prevention-Coucil-1696241267359480/.

Anyone with information regarding illegal drug activity occurring in the Town of Suffield is encouraged to contact Suffield Police at 860-668-3870. Information provided will be kept confidential at the caller’s request.

Residents and others interested in learning more about the dangers of drugs or interested in scheduling similar community presentations are encouraged to contact the Suffield Police Department at 860-668-3380 or CMcKee@SuffieldCT.gov.