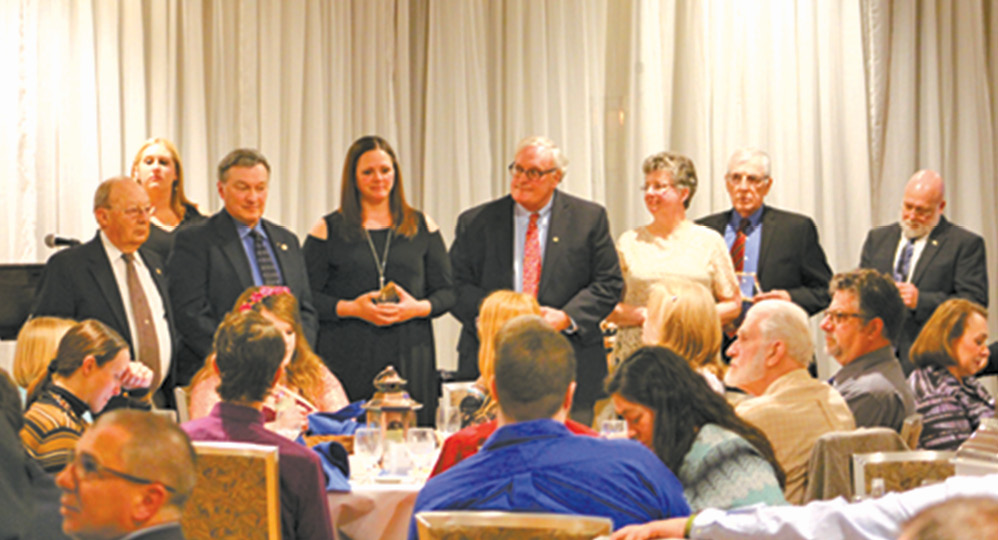 On the evening of April 1, a record turnout of supporters attended the Suffield Volunteer Ambulance Association (SVAA) Volunteer Recognition Dinner at Crestview Country Club. The event is held to honor the dozens of volunteers who routinely volunteer their time and effort, which allows the SVAA to serve our community. The annual award ceremony also proffers special recognition to those whose extraordinary efforts stand out even amongst this outstanding group.

The ceremonies opened with bestowing of a Lifetime Achievement Award, given to a member who has shown tireless desire to go above and beyond on a regular basis. Considered the highest level of honor that can be given by the SVAA, it is not given annually but given only in those years when an individual clearly deserves the honor. That was clearly the case this year, when the award was given to Vic Mathieu. In calendar year 2016, Vic volunteered an amazing 2,413 hours, more than many people work at a full-time job. He had the largest number of calls in 2016, answering 352 calls. A volunteer for 26 years, he has answered over 5,000 calls. Truly amazing dedication. 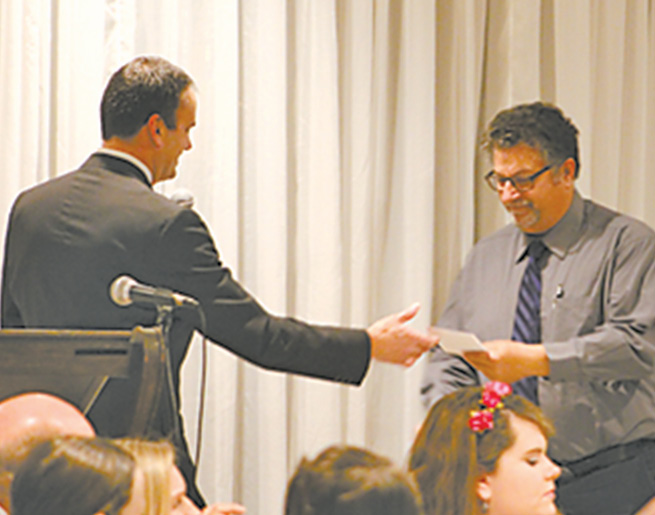 The 2016 Hero Award stemmed from an incident in December, when an individual in California was on-line with an individual who he believed had become unresponsive due to a medical emergency. Although the identity and address of the person was unknown, a call to the Suffield Police Department was aggressively pursued, and the individual, who indeed turned out to be in distress, was located and emergency teams of police and emergency services were dispatched expeditiously, very likely saving her life. While all the police officers and SVAA volunteers were honored for their participation, based on his extraordinary personal response to the initial telephone call the Hero Award was given to dispatcher Nick Fasano.

A Zak award is given to those whose service is “above and beyond” both for the SVAA and, in some other manner, for the town as well. A secret ballot resulted in a tie, and Zak awards were given to both Don Miner (an SVAA volunteer for 27 years who has answered 2,700 calls) and the ever-present Kathy Dunai.

The Pereault award is issued to a person who stands out in the organization as a leader and/or person of exceptional service the year before. Laura Steinmeyer was the deserved recipient. Laura comes from Colchester and volunteered 1,887 hours in 2016, responding to 343 calls.

The Explorer of the Year was Amy Colson, while Rising Star Recognition went to Mike Bigda, Brittany Crabtree and John Ryan. Special Recognition was given to Jen Michalman, who has 13 years of service and is part of the Patient Advocacy Team (PAT). The PAT team arrives at the scene and assists the medical providers by dealing with the patient’s loved ones, providing critical counseling and allowing the medical team to do their tasks undistracted. The 2016 PAT team members honored included Scott Seabury, (coordinator) Justin Donnelly, Art Groux, Jen Michalman, Don Miner, Sonny Osowiecki, Linda Stevenson and Scott Waddell.

We owe all these people, and those not specifically mentioned a thank you.