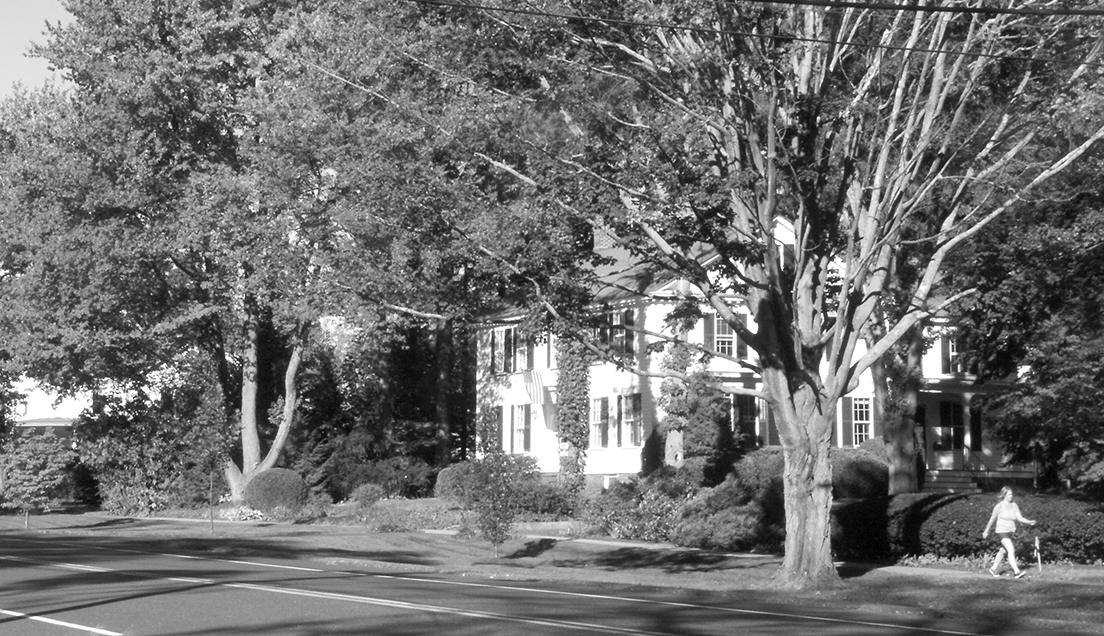 Aldenheim, the notable old house at 480 North Main Street, right, is one of the two properties in a proposed new subdivision which would also include the property next door at 500, barely seen through the trees. Combined, their property covers 57 acres.

Rumors spreading about plans for a new residential subdivision off North Main Street were confirmed at a September 18 meeting of the Planning and Zoning Commission when Ray Daddario, of Rayco Development, appeared for a preliminary, pre-application conference about his plans. He described a development that would incorporate two antique houses, another old house, plus a dozen new houses to be built on a short, new road in the combined rear acreage of the two antiques. The total land involved, combining the two existing parcels, would be 57 acres, with almost 500 feet of combined frontage. Much of the land in the rear would be left as open space, adjacent to nearly 40 acres of existing open space off Quail Run Road.

One of the antique houses is “Aldenheim,” so named by Dr. Howard Alden (a descendant of the storied Plymouth, Mass. pilgrim, John Alden). Dr. Alden built the house in 1795. Now designated 480 North Main Street, it was owned by members of the Pease family for over two centuries. Close behind Aldenheim are a notable barn and a smaller house built about 1900. Title to the property, with 20 acres of land, transferred on September 19 from Tom Deupree, now of Florida, to Daddario.

The other antique house is at 500 North Main Street. Built about 1800, this also has been owned by Pease family descendants. The property includes a tobacco shed and a small tobacco warehouse. At this writing it was still the property of its residents, Paul and Jean Sutton.

At press time, the necessary public hearing had not yet been scheduled.