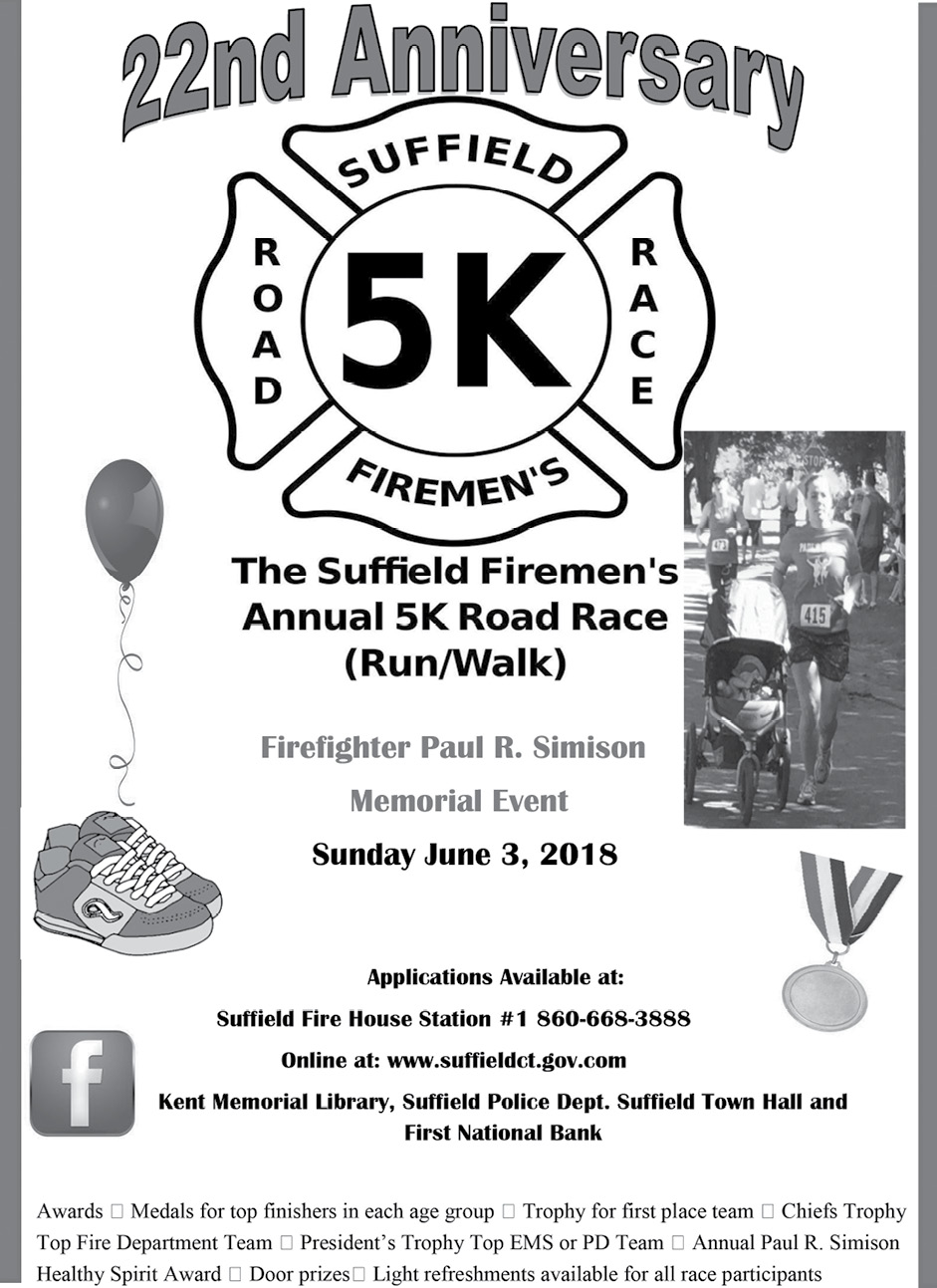 The Suffield Firefighters Association proudly announces the 22nd annual Firefighters 5K walk/run.  This year on June 3 at 9 a.m. sharp, The Suffield Firefighters will once again host the annual road race. The race route remains the same beginning on South Grand Street going south to Sheldon Street, then to Mountain Road and ending at Bruce Park. The event was re-named a few years ago and is now entitled a Paul R. Simison Memorial Annual 5K Road Race, named for Paul who was the founder of the race. Paul’s hopes for the race was to draw attention to health and fitness—an important attribute for firefighters as well as for volunteerism.

Each year trophies and medals are awarded for the first place male and female winners in various age group categories. Additionally, there are numerous door prizes from local businesses for the participants.

Registration forms will be available on line at www.suffieldct.gov. Interested participants may also pick up race forms at the Fire House, the  Town Hall, Kent Memorial Library, the Police Department and First National Bank of Suffield.