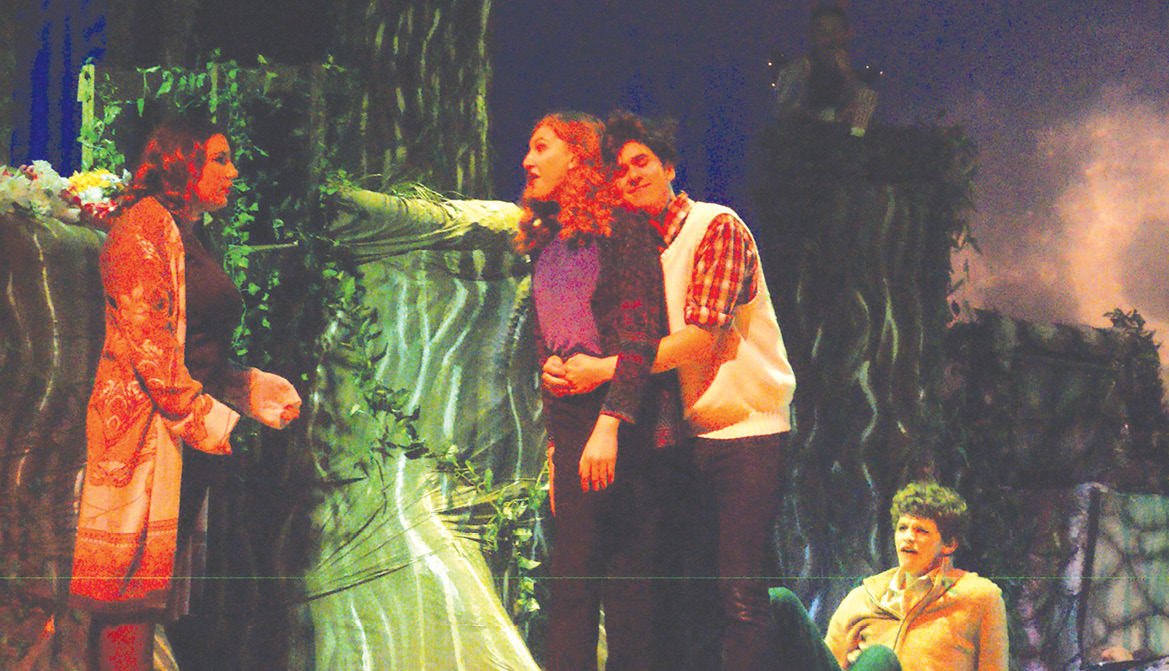 Charmed by a love potion, Lysander hugs Helena, to Hermia’s distress, while Demetrius, momentarily out of the fray, agonizes at the sight. From the left: Julia Hart, Olivia Dalfino, Liam Duffy, Fletcher Seymour.

That’s what Puck proclaimed when William Shakespeare’s A Midsummer Night’s Dream reached one of its delightfully confusing peaks in Suffield High School’s fall production on November 1, 2, and 3. The audience loved it all, and many spots had this reporter in stitches. Old Will, who wrote great comedy, would have thoroughly enjoyed this treatment of his work.

The story tells how some elite citizens of ancient Athens, led by Duke Theseus, behave in the forest with the magical, mythical world of fairies led by King Oberon (Jack Burke). It’s all about love, with comic bits from a group of common folk who are planning to stage a play for the royal wedding. That group’s leader is Bottom, who in this production wore donkey ears, rather than an ass’s head, when he was changed by a magical spell. Bryan Tompkins handled this tricky role quite well

As Theseus, Benjamin Grigoriou carried the role properly but had no opportunity to sing; we hope to hear him in the school’s spring musical production.

The more serious matter is who gets to wed whom among Lysander and Demetrius and the alternating targets of their desires, Hermia and Helena. It’s too complicated to explain, or even fully understand. Lysander was nicely played by Liam Duffy, and Fletcher Seymour was a convincing Demetrius. They loved and fought with entertaining intensity, peaking in a great gymnastic ruckus, to the distress and puzzlement of Hermia and Helena, embodied by Julia Hart and Olivia Dalfino.

King Oberon’s lieutenant, Puck, portrayed by Abby Halasi-Kun wearing pointed ears along with her fairy wings, conspired with Oberon to prepare the magical love potion that triggered the controversy and added to the general fun.

The fairy corps de ballet provided several entertaining dance scenes, often commencing in darkness with colorful lights outlining their little wings. (In a surprising local touch, the tutus of their ballerina outfits appeared to be made of faux shade tobacco leaves!) Some of the dancers added impressive gymnastics to the action. The individual and group stage action in this production was uniformly excellent.

Set designer Michael Grigoriou deserves special credit for the set, in which a number of immense trees provided places for action above the forest floor. The giant moon made a beautiful background for the night-time forest scenes.

Director Stephannie Holland, assisted by Lisa Muscarella, Lori Foss, and Kelly Blais, with about 30 talented students on stage and off, brought Shakespeare to Suffield as great entertainment.

Surrounded by her loyal fairies, Fairy Queen Titania (Kelcy Ryan), looks longingly at Bottom (Bryan Tompkins), sporting his donkey ears. She, also, has been affected by the love potion. 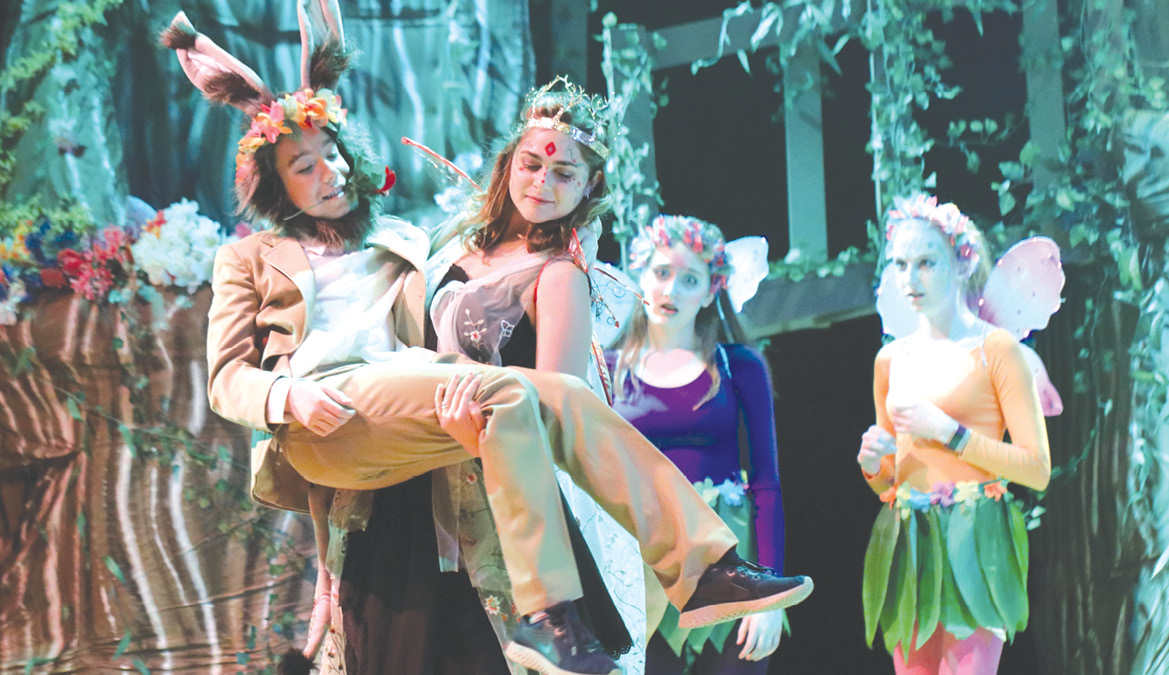 Titania expresses her feelings about Bottom with vigor. 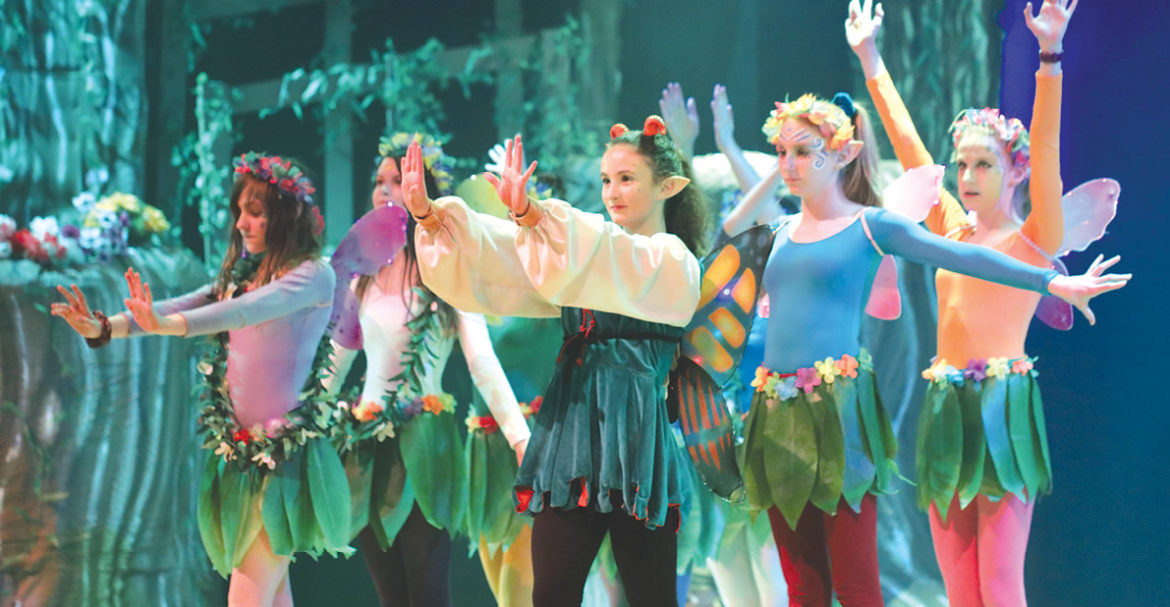