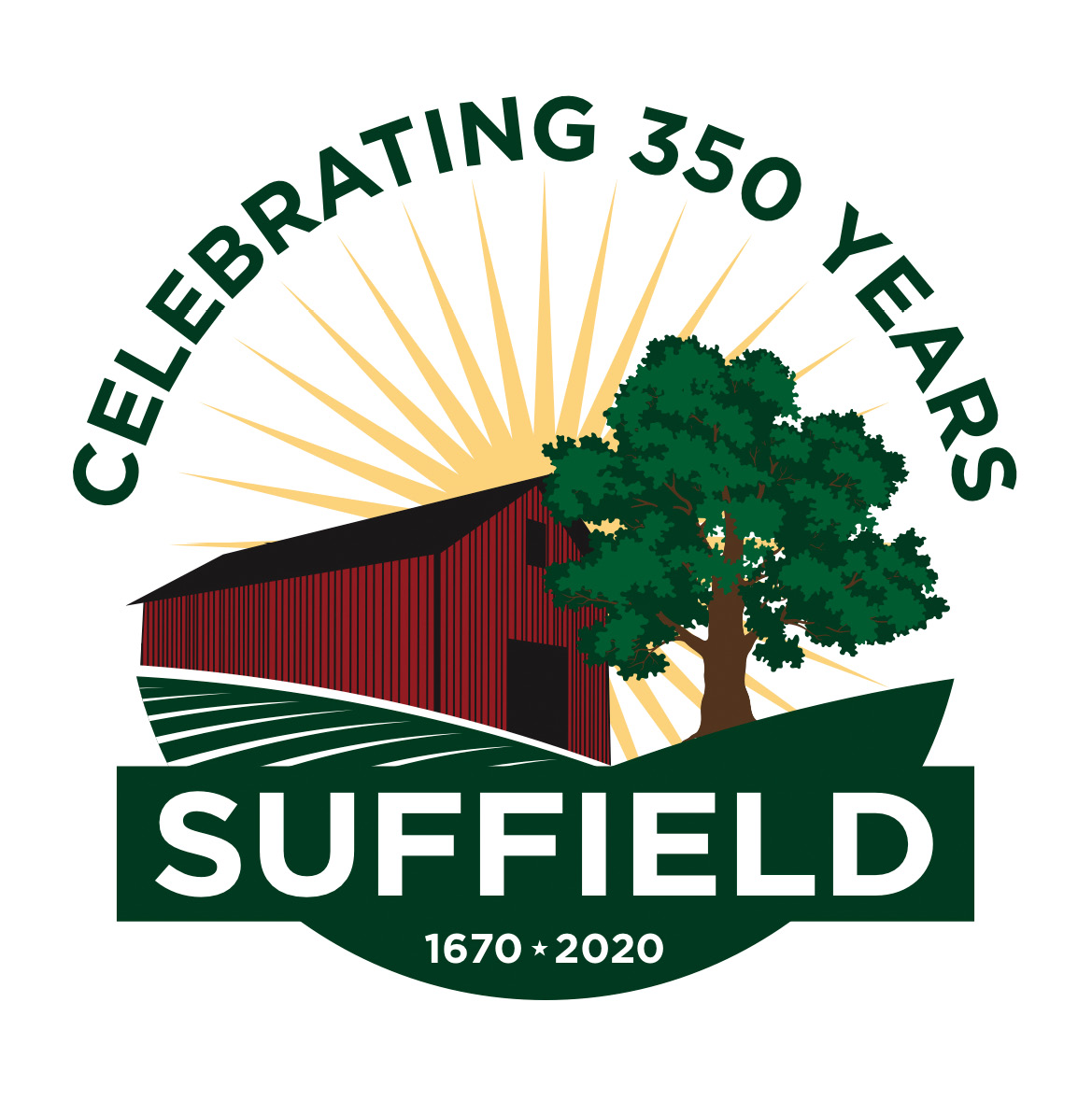 The new logo, designed by Windsor Marketing Group, reflects Suffield’s agricultural heritage. It features the sun rising behind a tobacco barn, with a plowed field and tree. The tree evokes Connecticut’s Charter Oak. A descendant of that famous tree stands in front of the Suffield Town Hall.

The image is consistent with the vision of the 350th Anniversary Committee that Suffield is a community of farms.

By coincidence, the new logo is similar to the reverse of a medallion that was pressed for the 300th anniversary of the town. There a tobacco barn dominates the image, with rows of tobacco planted on its side. Kacy Colston, Chair of the 350th Anniversary Committee, believes that Windsor Marketing Group was not aware of the medallion when they designed the new logo. 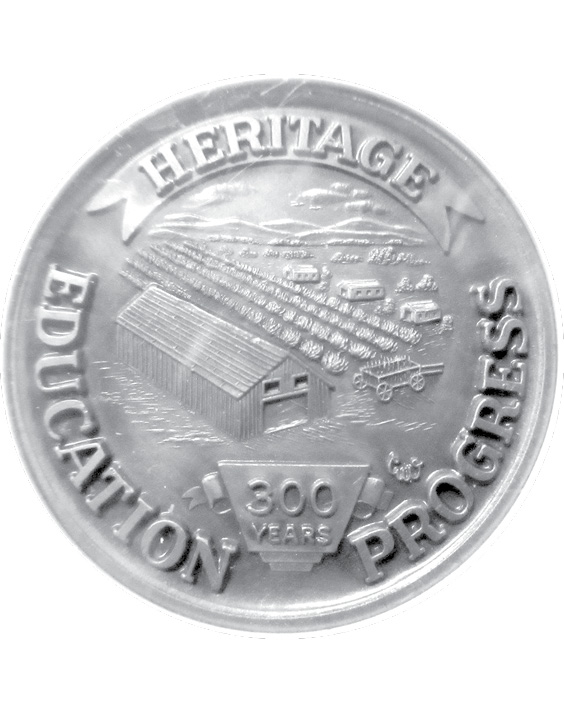 It is a happy coincidence which ties the 350th anniversary with the 300th.

Next Article
Do You Have a Suffield Story to Tell?
Many non-profit groups and individuals have been contacted over the past two…