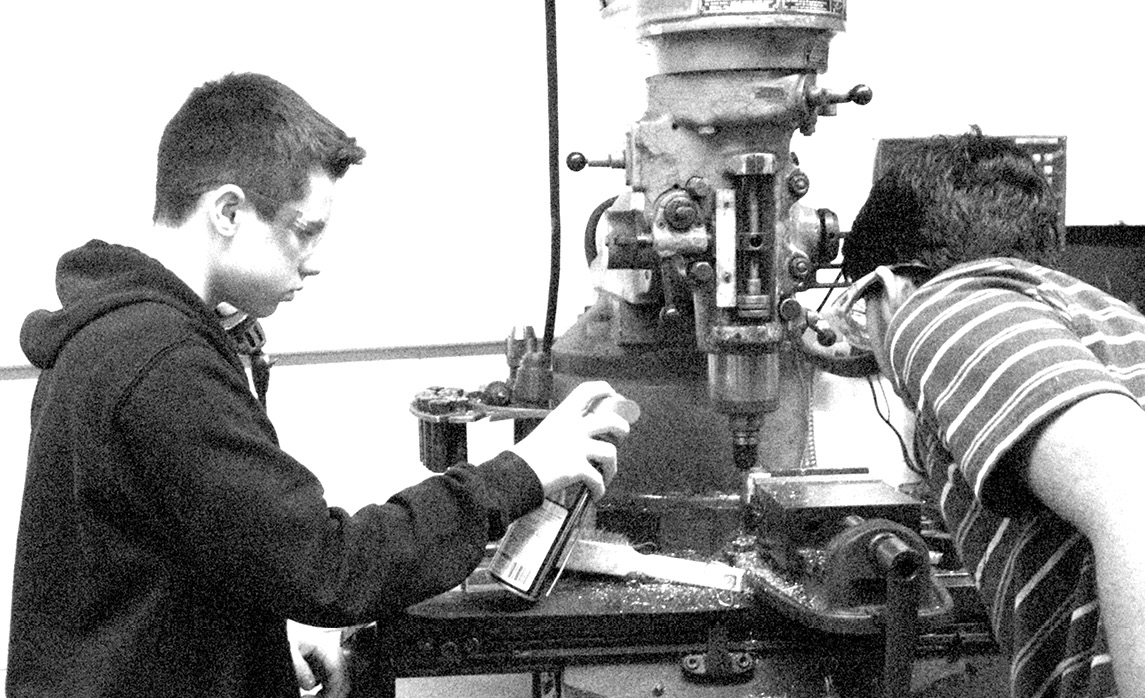 Kyle Mascaro, left, squirts WD-40 as the cutting fluid while Pranav Saravanan cranks in the milling cutter of a Bridgeport milling machine. They were making a small spacer for the Aces High robot. Both boys are SHS students.

In mid-February, the enthusiastic team members of Aces High were spending most evenings in the Windsor Locks High School shop rooms, manufacturing and assembling the parts they have designed (and often redesigned) for the robot they plan to enter in FIRST Robotics Competition this year. As reported in last month’s Observer, they learned the details of this year’s game, called Deep Space, on January 5 and immediately began to plan their strategy and design their machine and its programming.

In the Observer’s visit on February 14, team members were active in four rooms of WLHS’s great shop facilities, working with several adult coaches including head coach Peter Davis, who knows the Windsor Locks shop well, as he teaches there. There was activity in the wood shop, the machine shop, the computer room, and the “arena.”

The team’s stage of readiness for their first planned event, in Waterbury on the weekend of March 8-10, was not what they had wished for by mid-February, but they believe they will be able to roll out in March with full capabilities working.

Next Article
Sports Equipment Collected for Reuse
In November, I attended the first ever Student Athlete Advisory Board meeting…