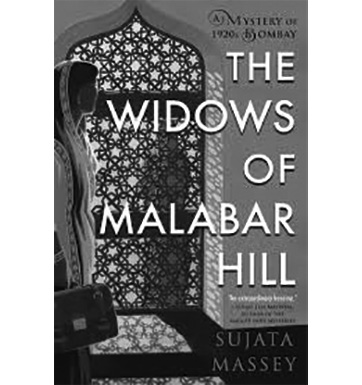 This novel takes place in 1916–17 and 1920–21. It is set in India in Bombay, and for a short time in Calcutta. The main character is Perveen Mistry, who has become the first female lawyer in India. She works with her father’s law firm, and although she cannot try cases there are many areas where she can practice law. She is reviewing a will written by a man who has just died leaving three wives to inherit his extensive fortune. But the wives seemed to have signed away their rights and there is something suspicious about their signatures. Since the wives are in purdah, which is isolation from the world, and they are forbidden to have contact with any man except their husband, Perveen goes to talk to them. Everything escalates from there, and eventually there is a murder.

There is also another story concerning Perveen’s life and her marriage. This is a Muslim country but with many different sects and customs. Perveen’s family is enlightened, but her husband follows strict rules that are devastating for women. This story is set in only a hundred years ago, and it is hard to believe how backward they could be in their treatment of women.

It’s an interesting book with stories within stories. There is so much about the culture of that time, and, of course a murder to be solved. At times, I became a little confused with so many Muslim names that were not easy for me to remember. I would definitely recommend it though. 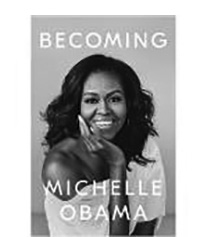 This book is the story of Michelle Obama’s life thus far: how she and her older brother Craig grew up in the south side of Chicago with loving parents, a hard working father and a caring and sensible mother, piano lessons given by her aunt Robbie, grade school, and many friends.

Later she went to Princeton, and then Harvard Law School. Afterwards she worked as a corporate lawyer in Chicago where she met Barack.

This story must sound rather dull the way I have described it, but the way Michelle Obama writes you can hardly bear to put the book down. Soon you have a feeling that you know her. She writes with unusual insight, and also humor, the long and complicated tale of how she and Barack and their two daughters end up in the White House.