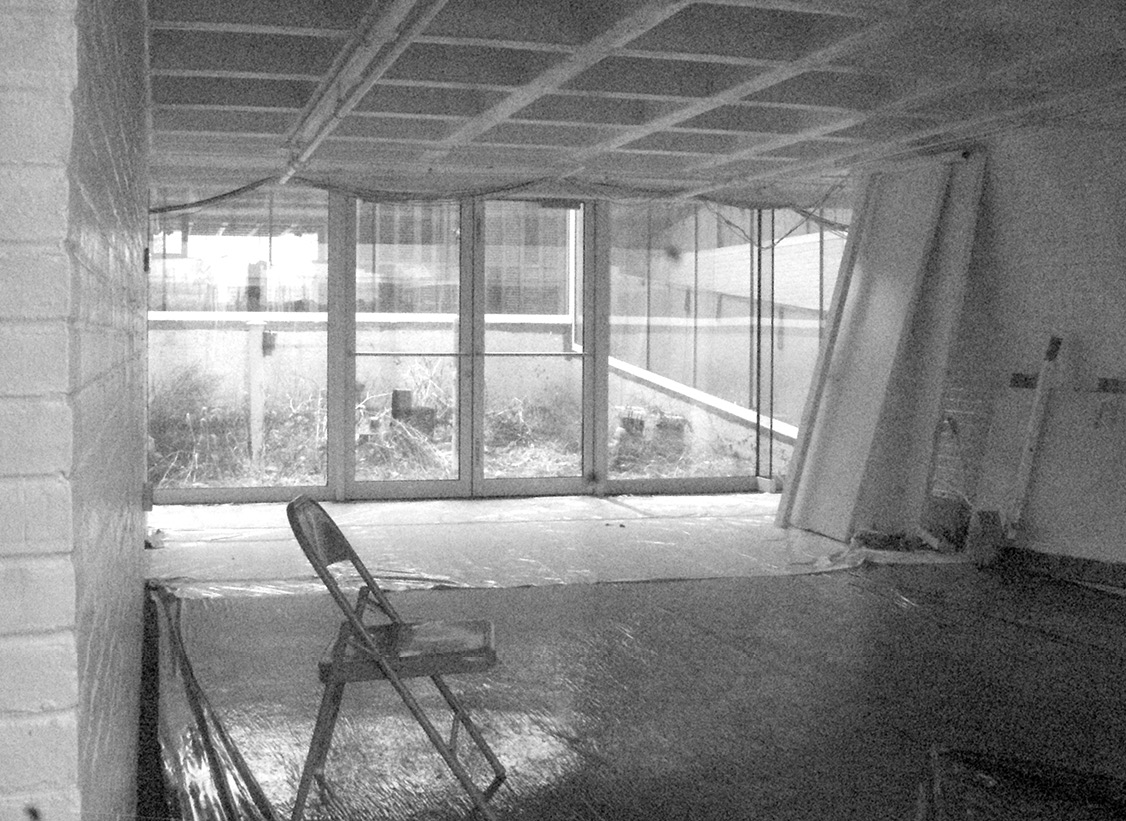 Kent Memorial Library’s lower lobby, pictured through the window, rests on the morning of February 12, just before the start of considerable activity throughout the building to complete the work necessary for reopening. Note the new, weatherproof doors to the garden court.

Interior painting at the library, which had begun with the new year, was completed in short order. Then the library rested for a few days with the external heaters removed and the new HVAC system operating normally, and on January 23, the required air quality tests were run. Samples were taken at multiple locations, and the results were taken to Fuss & O’Neill, the Town’s environmental consultant, for interpretation. Initial reports were encouraging, but final results were not in hand at press time.

In the meantime, members of the library staff have shared in several walk-through examinations, learning the shelf installations and planning the specific locations where wiring for power and computer connections will be required, now that the interior layout has been significantly changed. Information on the shelving could not be collected during the initial renovation period and the subsequent decontamination after PCB was discovered. Fortunately, the electrician who took down the ceiling Wiremold and other conduits to clear the surface for grit blasting made a good map to guide their reinstallation.

A few small post-remediation tasks began quickly. Then, with encouragement from the initial air quality reports, work was begun in earnest. Starting on February 13, the number of contractor’s cars and trucks parked on Bank Lane has been impressive.

This reporter’s library update in the February issue was misleading in one matter: bathroom renovation plans include both men’s and ladies’ rooms.