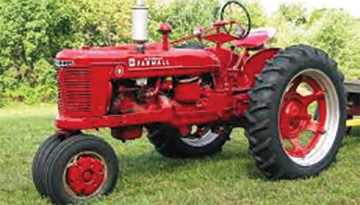 On Tuesday, April 30 at 7 p.m. at the Senior Center, the Friends of the Farm at Hilltop and the Kent Memorial Library will sponsor Forgotten Farms, a documentary. The film gives a glimpse into the past and presents a vision for a future regional food system. It highlights the need to examine differences, develop mutual understanding, and find common ground between the new food movement and traditional farming.

New England has lost over 10,000 dairy farms in the past 50 years; fewer than 2,000 farms remain. Collectively, farmers tend 1.2 million acres of farmland and produce almost all of the milk consumed in New England. In our enthusiasm for the new food movement, we often overlook the farmers at the foundation of the regional agricultural economy. Only 100 years ago, New England produced most of its own food on 16 million acres of farmland. Climate change will demand that more of our food is grown closer to where we live. As we strive to revive local production, we have much to learn from dairy farmers who have been managing most of the farmland and sustaining the farm economy all along. Through conversations with farmers and policy experts, the film reconsiders the role of these vital but forgotten farmers.

The filmmakers, Dave Simonds and Sarah Gardner, will be at the program for a question and answer session. David Simonds is an actor, writer and filmmaker. He directs Simonds Films, which produces a series of shorts, a web series titled “Free Advice from an Old Guy” and documentaries. As an actor, he has worked in New York City and regionally. He was the co-founder of the award-winning Cucarach Theatre which produces experimental theater. Sarah Gardner teaches at Williams College and is the Associate Director of the Center for Environmental Studies. She has an extensive background in public policy, local government and regional agricultural issues.