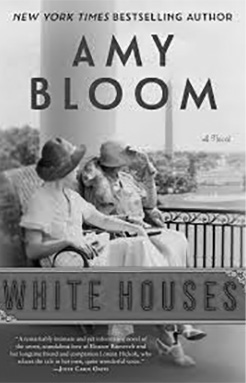 For more information or to register for programs, please stop by the library, call 860-668-3896, check suffield-library.org or follow us on Facebook.

Unless noted the programs are at 61 Ffyler Place.

New members are welcome at our book discussions and cookbook club.

April 18: 7 p.m. World Book: In the Shadow of the Banyan by Vaddey Ratner

April 30: 1 p.m. Books in the Parlor: The Country of Pointed Firs by Sarah Orne Jewett (Ask for location of the book group meeting.)

Professor Doug Battema, Professor and Chair of the Department of Communication at Western New England University will explore the ways in which media has been used to advance or complicate our fulfillment of the American Dream. Does it create or resolve cultural fissures around race, gender & class? Has it divided us over the centuries? What about social media? This program is part of a series made possible by a grant that the library received. American Creed: Community Conversations is a project of Citizen Film in partnership with the American Library Association and the National Writing Project, with support from the National Endowment for the Humanities and the Friends of the Kent Memorial Library.

Justin, a science teacher for 15 years, traveled to Antarctica as a 2018 Lindblad Expeditions and National Geographic Grosvenor Teacher Fellow, one of forty teachers in the country. Here is an excerpt from his blog. “I can’t tell you how incredible this place is. I can’t type either. My fingers are frozen from being outside on the bow of the ship for too long, taking pictures of the most beautiful icebergs floating on a perfectly still sea. In the hour and a half I was out there I saw crab eater seals, several humpbacks, storm petrels – but the ice! Just amazing.” Join him as he talks and shows photos of his adventure

Bizet’s masterpiece of the gypsy seductress who lives by her own rules has had an impact far beyond the opera house. The opera’s melodic sweep is as irresistible as the title character herself, a force of nature who has become a defining female cultural figure. Carmen was a scandal at its premiere but soon after became a triumphal success and has remained one of the most frequently staged operas in the world. Join Jeffrey as he talks about this opera first performed in 1875.

In his guide to Connecticut’s rich and diverse architectural heritage, Christopher Wigren introduces readers to 100 places across the state. Unfortunately, he does not include our own Kent Memorial Library but it is still a good and interesting presentation to attend.

Tuesday, April 30, 7 p.m. at the Senior Center. Showing of the film Forgotten Farms

With a question and answer session with the filmmakers (Please see the write-up in a larger article on page 36.)

Sponsored by the Friends of the Farm at Hilltop and the Kent Memorial Library.

Thursday, May 9 at 7 p.m. at the Senior Center. “American Creed: The 1925 Culture War or How America Lost Itself But Was Found Again on the Silver Screen.”

Professor Winthrop Rhodes, Professor of English at Western New England University will reference the popular books and films that came out in 1925 to show how some of our American Creed ideals and myths got turned on their heads. The books he will reference are: The Great Gatsby, American Tragedy, Gentlemen Prefer Blondes, The Breadgivers and Manhattan Transfer. If interested in reading any of these books, they will be on display for check-out at the library. This program is part of a series made possible by a grant that the library received. American Creed: Community Conversations is a project of Citizen Film in partnership with the American Library Association and the National Writing Project, with support from the National Endowment for the Humanities, and with funding from The Friends of the Library.

Grand Opening and the Human Chain 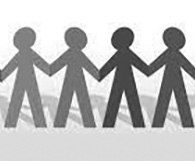 It looks like the library will be back at our beloved 50 North Main Street SOON! The library staff, Friends of the Library, the Library Commission and the Library Foundation are planning Grand Opening Activities, so stayed tuned. One thing the library staff would like to do is to create a human chain from the temporary library at Ffyler Place to the Big House at 50 North Main Street to move some books. It would only be a symbolic gesture as most of the books will be moved by trucks and not humans, but it would make a great photo opportunity.

If you would like to be part of the Kent Memorial Library Human Chain, please contact Jackie Hemond at jhemond@suffield-library.org or by phone at 860-668-3896.