I want to thank each of you for the extra efforts you are taking to keep our community safe during this challenging time.

We are deeply saddened to report that the first of our residents has died from COVID-19 as confirmed by The Suffield House. Though the Connecticut Department of Public Health (CTDPH) has not made the official verification yet, in the interest of timeliness, we felt it appropriate to inform the public.

We are sorry to reach out on a Saturday morning to inform you that the NCDHD confirmed that there are a number of staff and residents at Suffield House, Suffield’s sole skilled nursing facility, that have tested positive for COVID-19 with other tests pending.

I am saddened to report that the North Central District Health Department confirmed this evening an additional coronavirus case in Suffield.  At this time, that is the extent of the information available.  While this news is not unexpected, I share the community’s concern for one of our neighbors.  I wish I was not ending your day with this news.  Please continue to practice social distancing, take care of each other, and stay well. Melissa M. MackFirst Selectwoman

Effective Monday, March 23, 2020, the Governor required businesses to suspend in-person operations for all non-essential functions via Executive Order #7J. In a statewide call on Friday, the Governor clarified that the order does not apply to municipalities and municipal CEOs should decide who are essential and non-essential town employees.

The State of Connecticut is coordinating donations of personal protective equipment through the United Way to address current shortages. Donations are being accepted from the general public, businesses, and philanthropic organizations.

Aces High, Team 176, the Suffield/Windsor Locks team in the FIRST Robotics Competition, attended its first meet in Waterbury on the first weekend of March and things just couldn’t seem to go wrong. This was a New England regional qualifying meet that Aces High hoped would start them on the road to the World Championship in Detroit in late April.

In the main corridor at SHS on October 10, soccer star Katie Davis, with pen, is poised to sign her agreement to play soccer for Case Western Reserve University, where she has been offered a scholarship.

A harmonica quartet adds a novel dimension to the pre-lunch music at the Friends of Suffield’s Valentine Social, February 15 at the Suffield Senior Center. 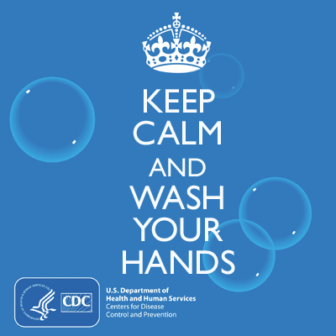 About The Suffield Observer

Located in Suffield, CT, the Observer is a volunteer, non-profit newspaper established in 1999 and published ten times a year. The Observer is written by, for and about the people of Suffield. Our mission is to build a sense of community throughout the town of Suffield and to provide a forum where all sides of an issue may be addressed.

We are a volunteer organization and we truly welcome suggestions that would improve the newspaper.