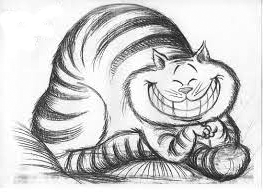 The use of 3D printing in manufacturing has quietly slipped into our culture and become widespread in its usage, especially in medical, automotive, aerospace, and consumer products. Lately it is beginning to be used more in the construction of buildings and bridges.

In 3D printing a design is made, usually by using classic computer-aided design (CAD) for input of instructions to the printer. It directs the printer to start putting down layers of a granulated raw material (e.g., cement or plastic pellets) and heats it to fuse into a solid substance in the pattern dictated by the design. There are a few different technologies used for 3D printing, but they all fall into the category of “additive manufacturing,” because of the layering process.

Its budding use in construction has interested the military, because the speed with which it allows construction to be done can more quickly provide safety for soldiers in dangerous circumstance.

The U.S. Marines made news lately with their use of 3D printing to build a reinforced concrete footbridge at Camp Pendleton, Cal. For 14 hours over three days, bridge pieces were “printed.” They were then allowed to cure for 36 hours and, finally, taking only four more hours, the bridge was assembled in place.

It was the second such project the Marines had completed. With help from the Army Engineers and Navy Seabees, they had used a 3D concrete printer to construct a 500 square foot barracks room in just 40 hours.

The Marines’ bridge was not the first to be constructed with 3D printing. That honor goes to experts at the Netherlands’ Eindhoven University of Technology who put up a cycle bridge near the village of Gemert, Holland in 2017.

And the Chinese have leaped ahead of us in the use of 3D building. In 2015 in Suzhou, China, the high-tech construction company WinSun helped to construct 10 full-sized houses in just one day and then went on to build a five-story apartment building. The input material used was industrial and construction wastes mixed with cement.

Not only does this technology make good use of our recycled waste materials, but it also saves money by speeding up the construction process. Furthermore, people who worry about carbon emissions can take heart, because 3D printing needs less cement than conventional construction and should help bring down the cement industry’s high emission rate of CO2.

At the end of 2018 Joris Peels wrote a somewhat sardonic piece about the future of 3D printing. He ended it with, “We’re on the cusp of a 3D printing manufacturing evolution but the heavy lifting has yet to be done.” Another author writes, “Right now, we are on the precipice of another radical manufacturing advancement that’s already impacting healthcare, transportation, food, and consumer goods.”

Whether you are on a cusp or a precipice, change is definitely in the air.