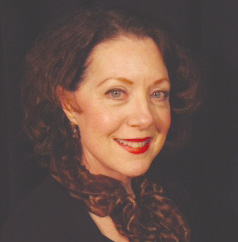 Suffield’s own Lisa Parker has written several new plays being showcased at the next Suffield Players “Page-to-Stage” reading, produced in cooperation with Kent Memorial Library. Ordinary People – An Evening of New One-Act Plays will perform at The Suffield Senior Center, 145 Bridge Street in Suffield, on April 18 at 7 p.m. The performance is free, and open to the public.

“The different short plays in Ordinary People reflect the day-to-day realities and situations most of us encounter,” says Parker. “And the folks we all know… or think we know. Everyone has a story!”

Often funny, sometimes sweet, and occasionally poignant moments punctuate her plots. Suffield audiences will be the first members of the public to hear the five plays, including “The Umbrella,” “Do You Hear What I Hear?” and “The Right Stuff,” in a staged reading format, which involves a group of actors performing with scripts in hand.

“It’s exciting and a little bit terrifying to put one’s work out in public for the first time.” says Parker. “I can’t wait to see what the talented Suffield Players actors will do with my material.”

Although this is her first foray into playwriting, Parker published the non-fiction leadership book Managing the Moment in 2013. She is the President of Heads Up Coaching and Consulting, Inc. Brava on your playwriting debut, Ms. Parker. Encore!

Next Article
Forgotten Farms: A Film Presentation
On Tuesday, April 30 at 7 p.m. at the Senior Center, the…