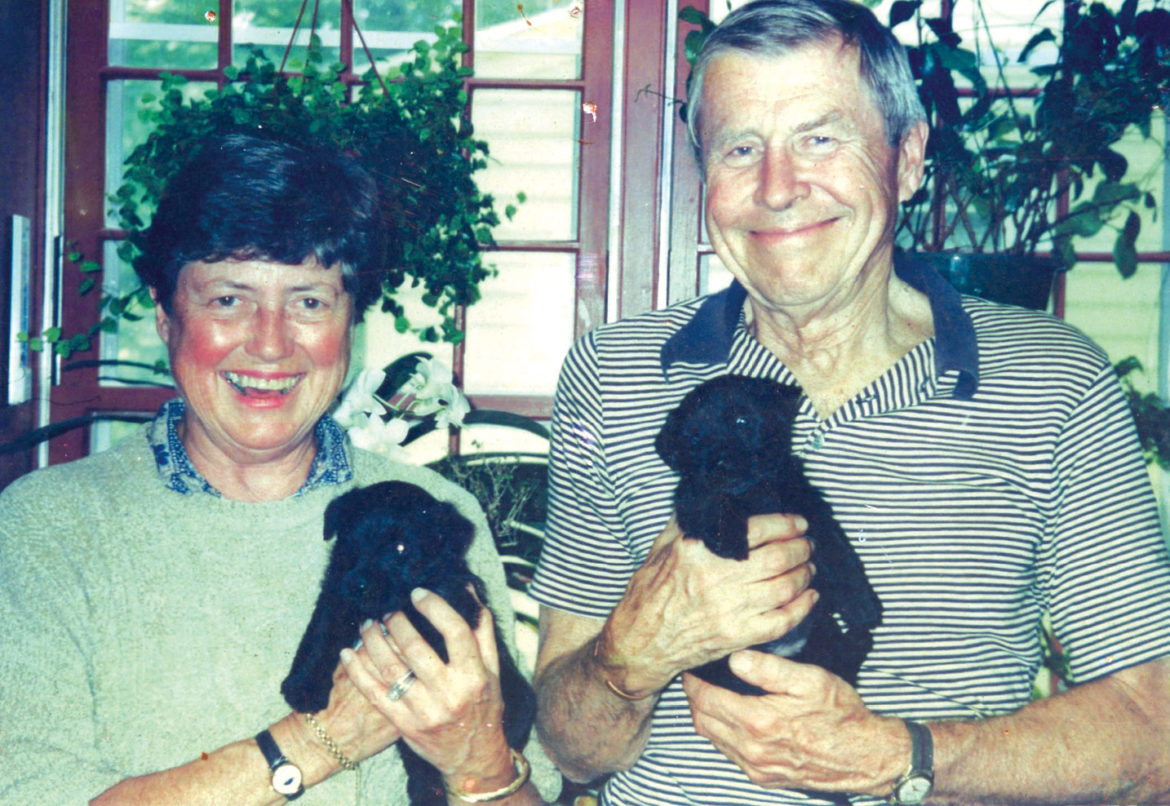 Photo provided by the Warren family

Bob Warren served on the Editorial Board for the paper’s first issue and was Chairman of the Observer’s Board of Directors from 2001 to 2012. As the longest-tenured Chairman of the Board, he was a hands-on leader, contributing 62 articles and writing headlines, as well as initiating and writing the “Food for Thought” column. His leadership style was one of poise and wisdom. In November of 2014, the Board of Directors at the Observer honored Bob by establishing the Robert O. Y. Warren III Scholarship to be awarded to a high school senior who resides in Suffield. The Observer mourned Bob’s death in 2016, as did the community Bob served so well. Bob’s wife of 60 years, Margery, continues as co-manager of the paper’s proof-reading sessions. She recruits and supervises volunteers for each of two readings, laying out rules while making sure that the writer’s voice is maintained. The Warrens are pictured above, holding their pet Scotties, Hermione and Harriet.

Next Article
Observer Addressed Communication Problem
Everyone has enjoyed receiving The Suffield Observer for 20 years, bringing us…