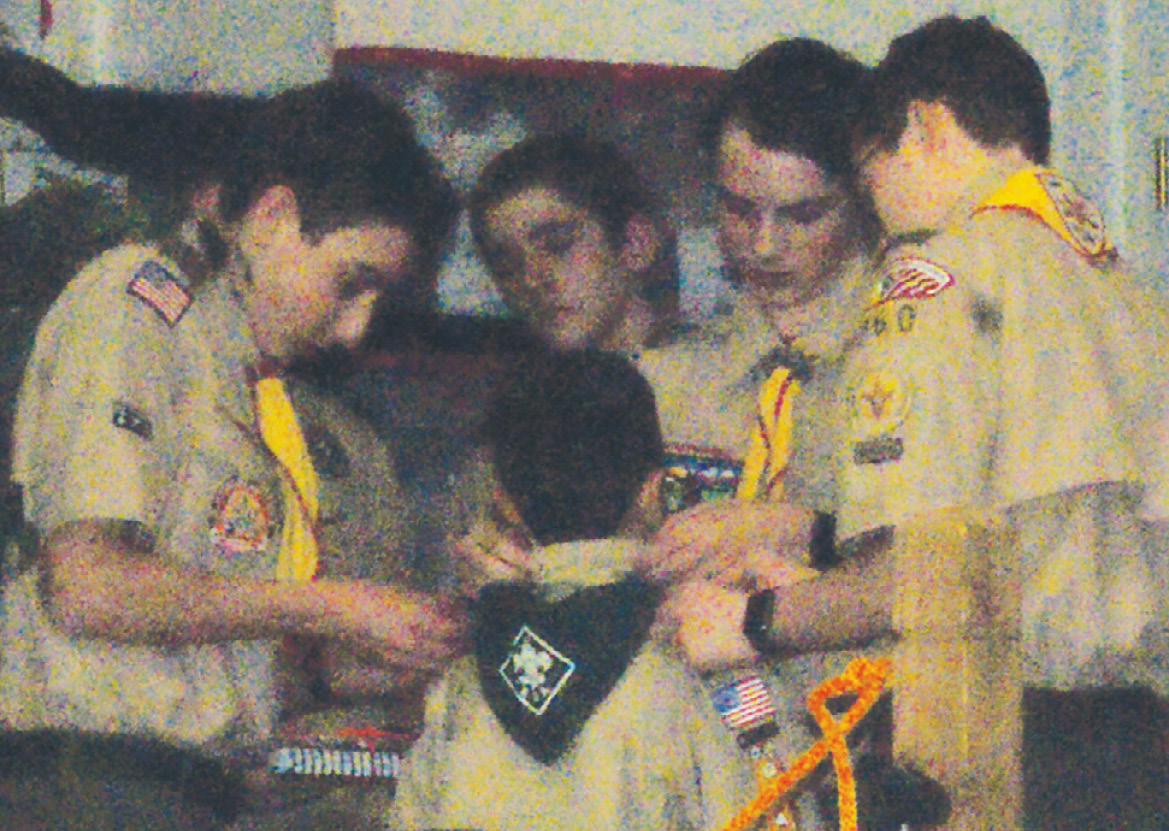 Hayden Gibson, center, is surrounded by Boy Scouts who replaced his Cub Scout neckerchief with one for Troop 260. From the left: Matthew Tini, Bryce Klaus, Alex Cremins, John Cremins.

When Cub Scouts complete their career in the early years of the overall Scout program, those who want to continue – and almost all of them do – “cross over” to become Boy Scouts in a very nice ceremony held in the Cub Pack’s annual Blue & Gold Banquet. This year a large crowd of proud parents and friends gathered on March 16 in Father Ted Hall at Sacred Heart Church, and 15 Cubs of Pack 266 received their “Arrow of Light,” symbolizing their successful completion of the Cub Scout program. Fourteen of them crossed over to join one of the town’s two Boy Scout troops, 66 or 260.

The ceremony began with appropriate recitations, including a meaningful candle-lighting procedure. After being introduced to the audience, each boy crossed the symbolic bridge set up on the stage, and one of the Boy Scouts present shot an arrow into a hay bale target. Each boy’s Arrow of Light was handed to him in an attractive setting made by one of the Cub fathers, and the new Scout was welcomed by Boy Scouts and leaders from the two troops.

A slide show of Pack 266 activities followed, and a buffet dinner was enjoyed by all.