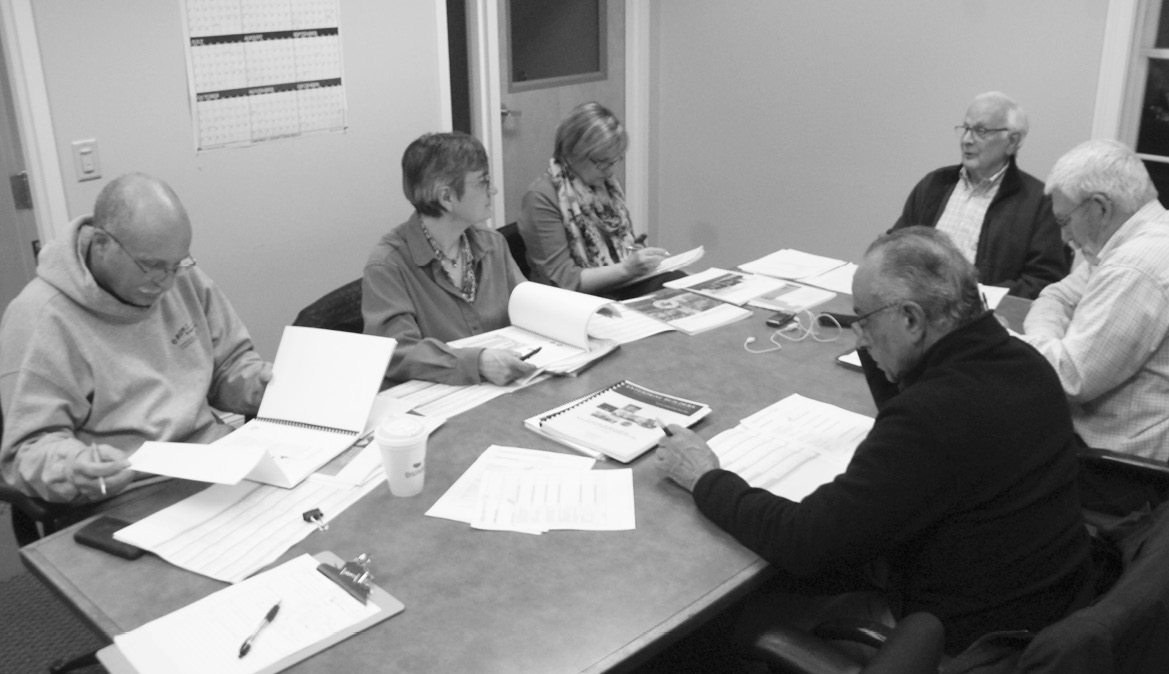 As reported last month, the bid requests for renovating and slightly expanding the Suffield Town Hall were published in late February, with a response date of March 21. Seven architects and three construction contractors responded and participated in the mandatory walk-through. When the bids came in, five architect firms and two contractors had responded.

At their April 4 meeting, the Permanent Building Commission reviewed the seven colorful proposal booklets and evaluated the bidders’ qualifications, using an evaluation system Chairman Joe Sangiovanni had developed in connection with the proposed Community Center project some years ago. The system requires the commissioners to assign numerical scores in a number of relevant categories; then the scores are weighted by a relative importance factor for each category and combined to obtain an overall score for each bidder. The evaluation was done in executive session, followed by a public vote to invite two of the five architect firms and both of the contractors in for interviews.

The two contractors invited were Gilbane, of Providence, and Enterprise, of Newington; both very large firms, though both have done many projects of this size. Gilbane built Suffield High School about twenty years ago. Enterprise was the project manager for the recent projects at the Kent Memorial Library. Representatives of both contractors were interviewed on April 15. After the interviews, the Permanent Building Commissioners judged that they were both fully qualified for the Town Hall project, but they chose Gilbane as the one to be recommended to the Board of Selectmen.

Commissioners Kevin Goff and Glenn Nielson had recused themselves from the contractor selection: Geoff because in his employment he may sell building supplies to the contractors, Nielson because he is employed by Gilbane. (He was the Construction Manager for the Connecticut Convention Center in Hartford, a Gilbane project.)

The architects invited were Kaestle Boos, of New Britain, and QA&M, of Farmington: both experienced in designing municipal buildings. Kaestle Boos is the older of the two and recently planned the security upgrade for Suffield schools. They were interviewed on April 17, and architect QA&M was selected.

The guaranteed maximum price of the project won’t be known until next fall, according to the specified schedule, when the chosen architect has completed the necessary construction drawings and the construction manager can determine a bid cost. This is to be a “Construction Manager at Risk” project, in which the Town would not be required to pay more than the contract price regardless of contingencies unless the Town changes the carefully defined specifications in the bid requests.

If the Town were to choose not to proceed after the bid is revealed, the Town is obliged to pay only what was bid for the preconstruction phase of the entire project – principally the architect’s work to produce construction drawings. The Town administration declined to reveal the amount of this bid.

The Town appropriated $5.13 M for the Town Hall Project in a referendum vote three and a half years ago. (In his report last month, this reporter misidentified the $5.13 M vote in 2015 as pertaining to the bond issue authorization, not the appropriation; the authorized bond issue was $4.385 M.)

The Selectmen’s meeting to approve the Commission’s choices had not been scheduled at press time, but Gilbane’s scheduling called for the construction drawings to be completed in November this year and work on the building to start on April 1, 2020, with completion near the end of November that year.