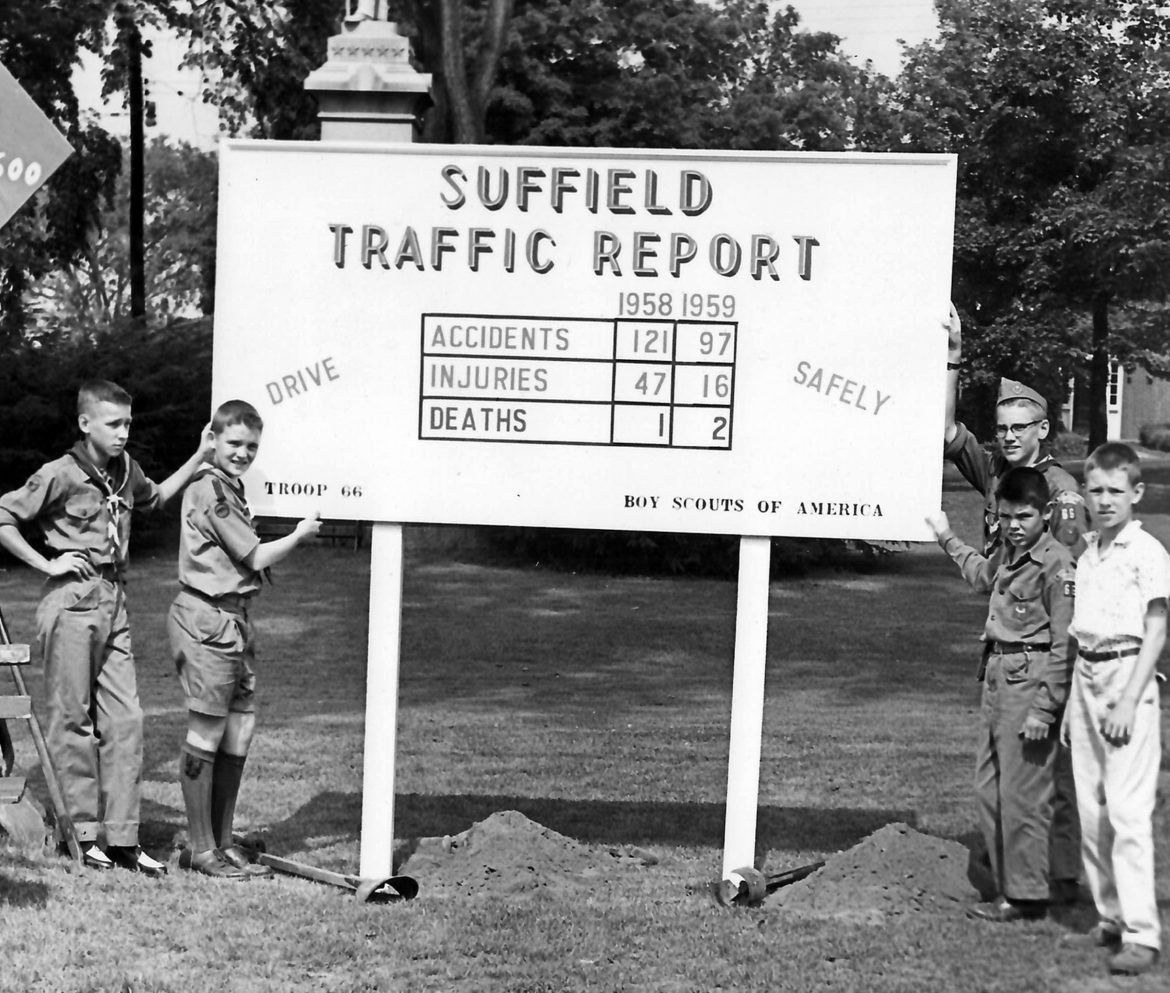 Photo by Roger Loomis provided by the Suffield Historical Society

Can anyone identify these five Boy Scouts of Troop 66? They’re pictured partway through their task installing a traffic safety sign near the southeast corner of the Center Green, probably in 1960. Photographer Roger Loomis, whose photo studio was above a store across the street, had become Scoutmaster of Troop 160. He later became resident superintendent of Sunrise Park and president of the Suffield Historical Society, where this photo was recently discovered.