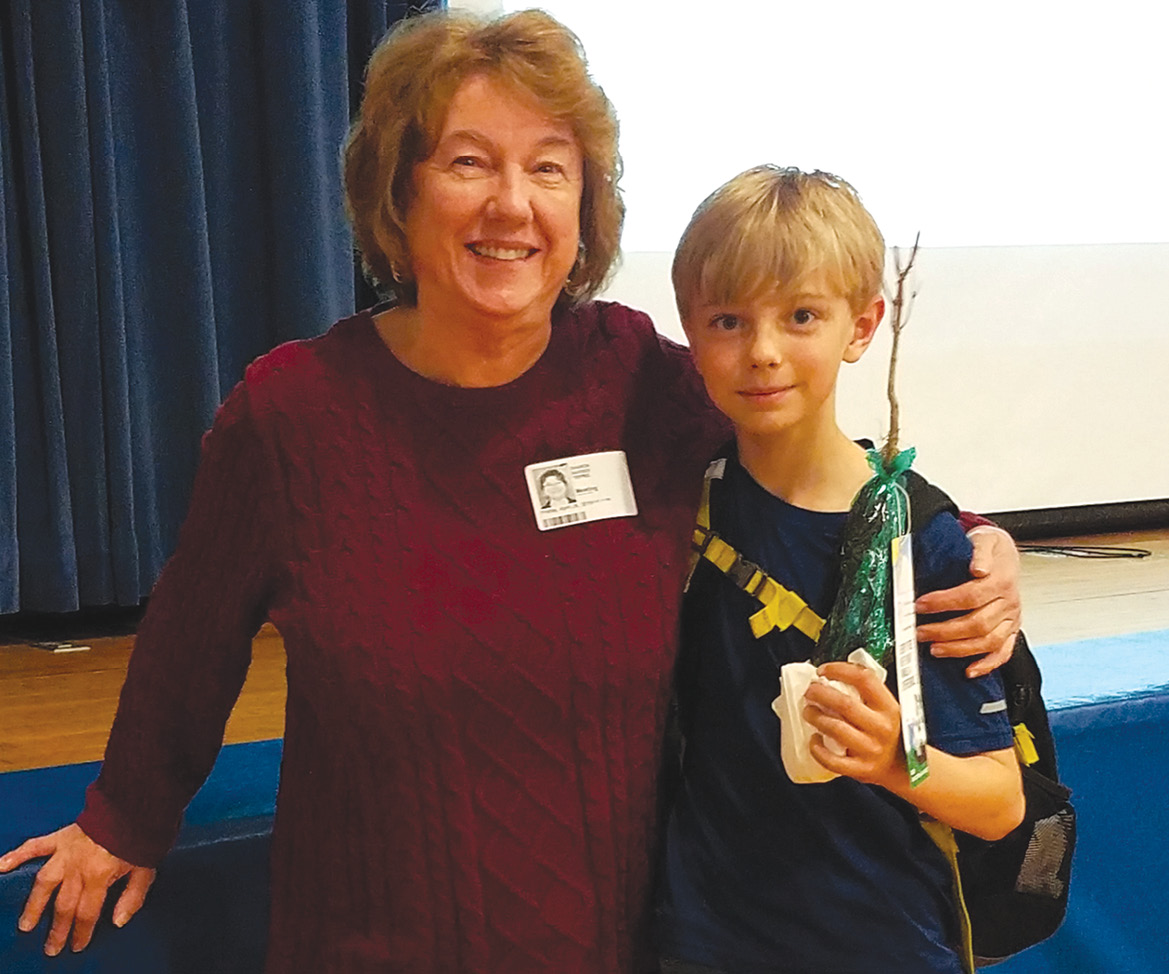 Young Evan Held poses happily with the little tree he planned to plant in his family’s backyard. With him in front of the McAlister stage after the school’s traditional Arbor Day program in April is his grandmother Sharon Barber, a member of the Suffield Garden Club, which gives saplings to every Suffield fourth grader each year.

Every year McAlister Intermediate School celebrates Arbor Day with the help of the Suffield Garden Club (SGC). Following a special Arbor Day assembly for the entire fourth grade class, members of the club distribute a sapling tree to each child, with instructions and advice for planting and care. The annual program, covering about 150 students this year, was begun in 1965 through the generosity of SGC member Valyn Gallivan. This year the little trees, with roots nicely packaged, were Kousa Dogwoods, a small, decorative tree with a reddish purple fall color and white blossoms that appear in late spring. They were obtained from Bartlett Nursery with the help of SGC member Mike DeSoto, who is employed by Bartlett.

It’s not uncommon for one or two members of the Garden Club to be featured giving one of the trees to their own child or grandchild. This year it was Sharon Barber, whose grandson Evan Held, nine years old, immediately planted his tree temporarily in a pot, awaiting the installation of new topsoil planned for the family backyard in West Suffield.

Next Article
Connecticut Champs Again!
Aces High, Team 176, has a proud tradition, and this year the…