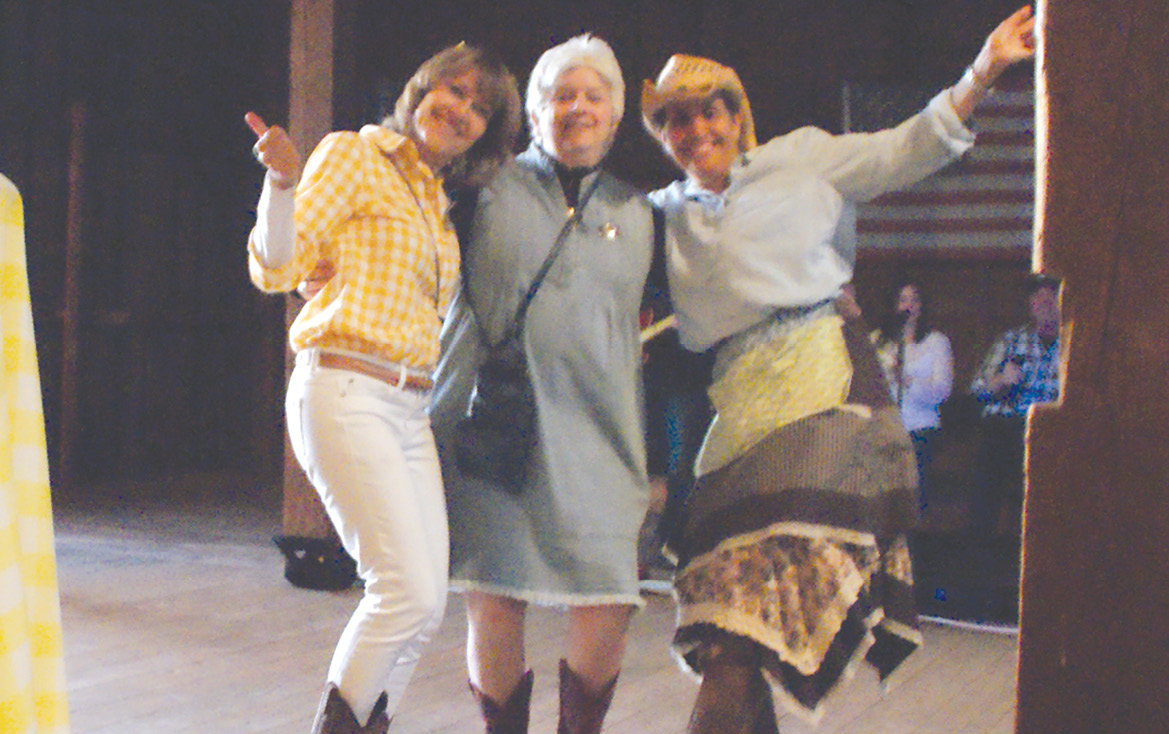 Happy hoedowners dance in the Hatheway House Barn during the Stomp Out Cancer party on May 18. From the left: Anne Stanley, Dian Friedman, Debora Reynolds.

Alex Scott is gone, a victim of childhood cancer. But her lemonade stands live on, raising funds to fight that vicious adversary, and a group of dedicated local women called Driving for a Cure held an event in Suffield on May 18 to support the cause.

This year Driving for a Cure sponsored a Texas-style hoedown called Stomp Out Cancer. Like the first Stomp last year, a good crowd gathered at the Hatheway House Barn. Among those attending were Alex’s mother, Liz Smith, from Enfield, and Alex’s aunt, Sue Flynn of Suffield. Also present at the Stomp were members of Kyla Pokorny’s family. This reporter cannot forget Kyla, who was present at the outset of Kyla’s 5K-3K fundraiser run-walk starting at the Suffield Country Club in August 2016. I was told that when she was able, she spent her time at the Connecticut Children’s Medical Center comforting fellow patients and brightening their days. Gaunt and totally bald at the Suffield event but glowing with angelic spirit, she was a truly beautiful person. Kyla, 19, died soon after that event.

The Stomp party in Suffield was BYOB, but the buffet that Craft Meats of Southwick offered was generous and tasty with just the right amount of perfect barbeque, and the great music by a group called Whiskey, Wine and Coke was perfect for dancing in the barn.

Almost 200 people bought tickets, and party chair Debora Reynolds reported that net proceeds of about $38,000 were donated to the Alex’s Lemonade Stand Foundation.